Texas GOP lawmaker: Vote me out if you don't like my bill that makes filming the police a crime 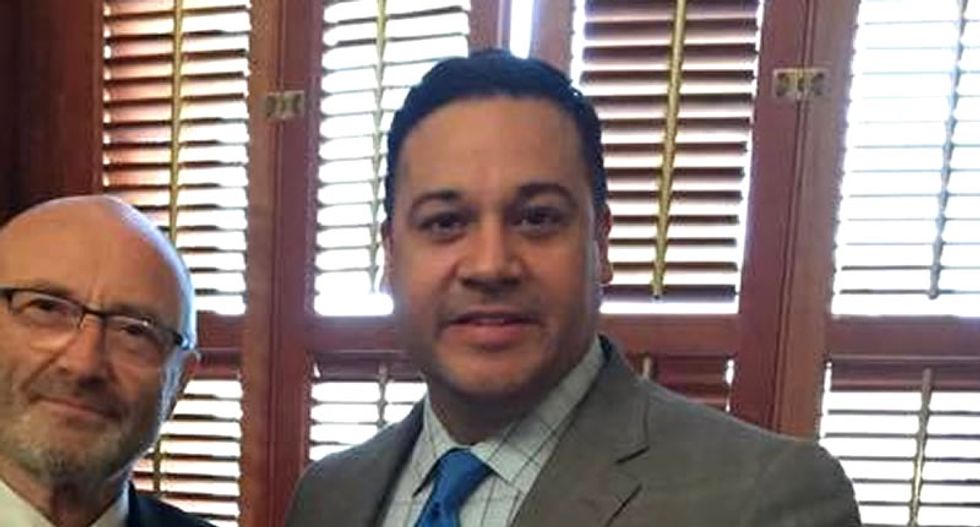 Texas Representative Jason Villalba (R-Dalls) introduced a bill in the state house that would restrict the rights of individuals to record police, the Houston Chronicle's Daniel Pérez reports.

House Bill 2918 would make it a class B misdemeanor to photograph or videotape within 25 feet of a "peace officer...performing a duty or exercising authority." That distance balloons to 100 feet if the individual doing the photographing or recording is carrying a weapon.

The bill makes exceptions for "old media," including radio and television stations with an FCC license; newspapers "published at least once a week and available and of interest to the general public"; and magazines that "appear at a regular interval, that contain stories, articles, and essays by various writers." The exception only applies, however, when "a news media employee [is] acting in the course and scope of the person's employment."

In effect, the bill removes First Amendment protections for internet sites, citizen journalists, or traditional journalists deemed by police to be acting outside "the course and scope" of their employment.

In 2011, the United States First Circuit Court of Appeals ruled in Glik v. Cunniffe that "a private citizen has the right to record video and audio of public officials in a public place," adding that "basic First Amendment principles, along with case law from this and other circuits, [establish that] unambiguously."

"The filming of government officials engaged in their duties in a public place, including police officers performing their responsibilities, fits comfortably within these principles," the court decided.

When alerted to the fact that his bill would attempt to overturn that decision, Rep. Villalba replied that it would do "no such thing," and that it merely "asks filmers to stand back a little so as not to interfere with law enforcement."

He insisted that his bill does not prohibit filming:

HB 2918 is meant to protect officers, NOT restrict the ability to keep them accountable. It DOES NOT prohibit filming. @TMPALegislative
— Jason Villalba (@Jason Villalba)1426201502.0

And then spent a few hours daring those who opposed it to vote him out of office: