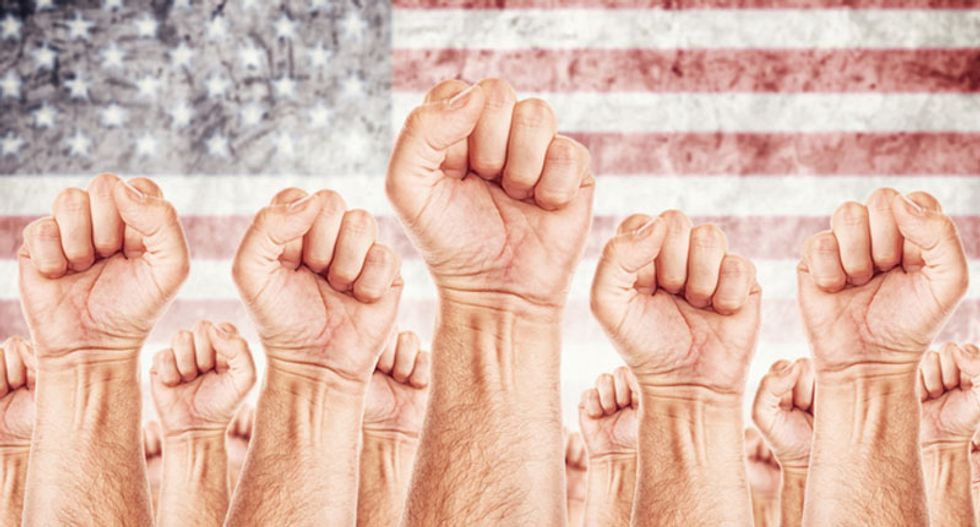 Editor’s note: this is the first in a weekly series of articles on organized labor, to culminate on International Workers Day on May 1.

The US labor movement was once the core institution fighting for average workers. Over the last half century, its ranks have been decimated. The share of the private sector workforce that is organized has fallen from 35% to approximately 6.5% today.

An expanding body of research demonstrates just what this loss has meant: the growth of economic and political inequality, stalled progress on racial integration and the removal of an established pathway for immigrant populations to assimilate economically.

Yet despite their decline, unions in the US retain some power in certain pockets of the country. Recent successes by these organizations reveal the importance of a revitalized labor movement for the nation’s economic and civic health.

By the mid-1950s, unions in the US had successfully organized approximately one out of every three non-farm workers. This period represented the peak of labor’s power, as the ranks of unionized workers shrank in subsequent decades.

The decline gained speed in the 1980s and 1990s, spurred by a combination of economic and political developments. The opening up of overseas markets increased competition in many highly organized industries. Outsourcing emerged as a popular practice among employers seeking to compete in a radically changed environment. The deregulation of industries not threatened by overseas competition, such as trucking, also placed organized labor at a disadvantage as new nonunion firms gained market edge through lower labor costs.

Simultaneously, US employers developed a set of legal, semi-legal and illegal practices that proved effective at ridding establishments of existing unions and preventing nonunion workers from organizing. Common practices included threatening union sympathizers with dismissal, holding mandatory meetings with workers warning of the dire consequences (real or imagined) of a unionization campaign and hiring permanent replacements for striking workers during labor disputes.

A sharp political turn against labor aided these employer efforts. President Reagan’s public firing of striking air traffic controllers vividly demonstrated to a weakened labor movement that times had changed. Anti-union politicians repeatedly blocked all union-backed efforts to re-balance the playing field, most recently in 2008-2009, with the successful Senate filibuster of the Employee Free Choice Act. EFCA would have made private sector organization efforts somewhat easier. The last major piece of federal legislation aiding unions in their organization efforts passed in 1935.

Why does it matter?

At its peak, the US labor movement stood alongside powerful business leaders and policymakers as key institutions shaping the nation’s economy and polity. Union workers enjoyed healthy union “wage premiums,” or increases in pay resulting directly from working under a union-negotiated contract.

But nonunion workers also benefited from a strong labor presence.

In research by Harvard University’s Bruce Western and myself, we compared nonunion workers in highly organized locales and industries to nonunion workers in segments of the labor market with little union presence. After adjusting for core determinants of wages, such as education levels, we found that nonunion workers in strongly unionized industries and areas enjoyed substantially higher pay. Thus the economic benefits of a powerful labor movement redounded to unorganized workers as well as union members.

Early 20th-century unions – especially craft unions - engaged in a range of sometimes violent discriminatory practices. As a result, in 1935, the year that President Franklin Roosevelt signed the Wagner Act, less than 1% of trade unionists were African American. While the Wagner act extended basic organizing rights to private sector workers, millions of minorities remained unable to enjoy its protections by the actions of unions themselves. But throughout the second half of the 20th Century, many unions shed these racist and xenophobic legacies.

These exceptional organization rates helped narrow racial pay disparities by raising African American wages. Had no union decline occurred from the early 1970s on, black-white wage gaps among women would be between 13% and 30% lower, and black males' weekly wages would be an estimated US$50 higher. Meanwhile, many immigrants and their children, echoing pathways taken by newcomers in generations past, such as the predominantly female, predominantly immigrant population of the International Ladies' Garment Workers' Union (ILGWU), used the labor movement as a springboard into the nation’s middle class.

Unions’ equalizing impact was not limited to the economic realm. A large body of research has found that union membership spurs civic participation among non-elite Americans. Voting, for example, is a practice strongly graded by income and education. More of either and Americans are much more likely to turn out to vote. Unions helped to counteract class-based inequality in political participation, ensuring that elected officials heard the policy desires of millions of non-elite Americans.

What now for labor?

The labor movement now finds itself in a peculiar period.

On the one hand, ongoing attacks by anti-union forces have crippled unions’ organizational models in what were labor strongholds, including Wisconsin and Michigan. Many of these attacks have taken dead aim at what remains of labor’s real strength: its public sector membership base.

Abetted by recent court decisions, efforts to defund and defang public sector unions are growing in size and sophistication by right wing policymakers and lobbying groups.

Curiously, despite serving as a primary source of votes and finances for the Democratic Party for much of the 20th Century, labor finds itself with few political allies.

On the other hand, unions have enjoyed a series of recent successes at the state and local level. Movements to raise the minimum wage, offer paid sick leave to employees and pressure the largest private sector employer – Walmart – to raise its base compensation have all, of late, succeeded. These victories can be attributed, in part, to labor unions.

Unions provided much of the organizational and financial support that helped deliver these victories to millions of working Americans. Yet none of these wins translate directly into new dues-paying members.

Further successes on behalf of America’s working- and middle-class appear limited unless unions discover a means to maintain its funding base. And without a revitalized labor movement, it is likely our inequality levels will remain at record highs.

By Jake Rosenfeld, University of Washington