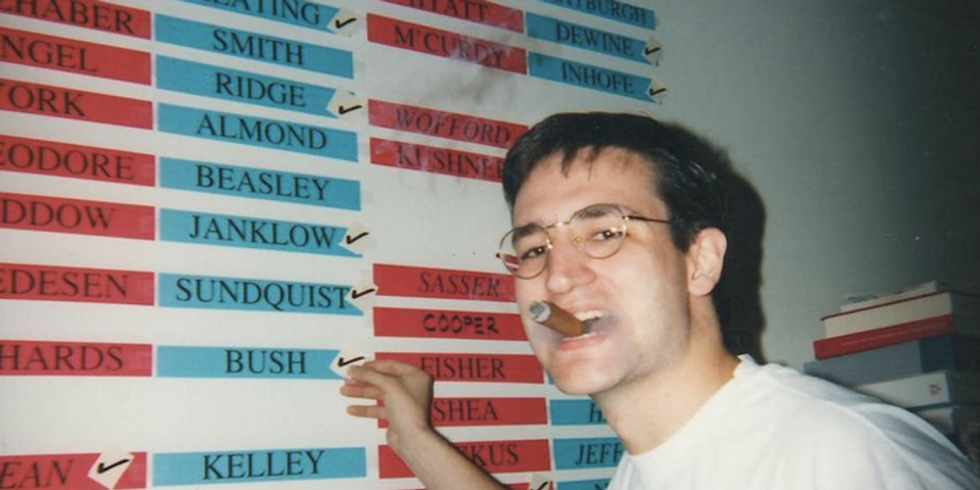 Check out this photo of Ted Cruz checking off George W. Bush’s win in the Texas governor’s race in 1994. Cruz was then a student at Harvard Law School. But what you may not know is that Cruz was a thespian. That's right, ladies and gentlemen! During his first year at Harvard Law, Cruz was in a play. And not just any play. Cruz was what is arguably one of the most famous dramatic indictments of McCarythism... Arthur Miller's The Crucible. True, he played Samuel Parris, a villainous character. But, still Ted Cruz endorsed the work of a Jewish, liberal, Blacklisted playwright.

This puts Cruz in a whole new light. I mean, Harvard Law School is the alma mater of President Barack Obama and where Senator Elizabeth Warren once professed. Then there's the whole glasses thing. Who wears glasses? Nerds and intellectuals and liberals. Tea partiers? Not so much. Then there's the cigar. Who's famous for smoking cigars? Bill Clinton. Who else? Sigmund Freud. You know, that European, cosmopolitan, godless, Jewish intellectual.

Now I get why Cruz is actually signing up for Obamacare. He wasn't forced to. He's an actual fan! 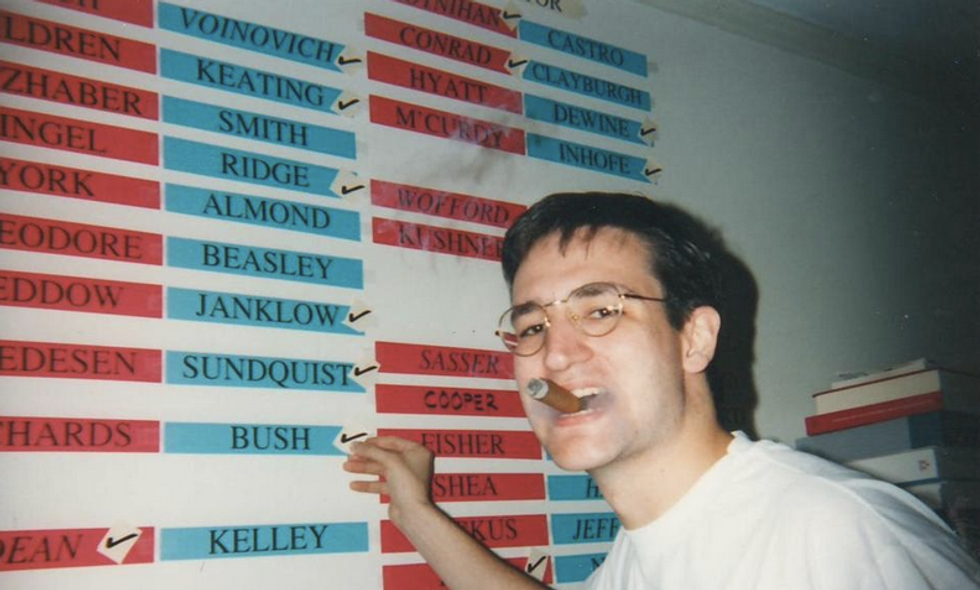