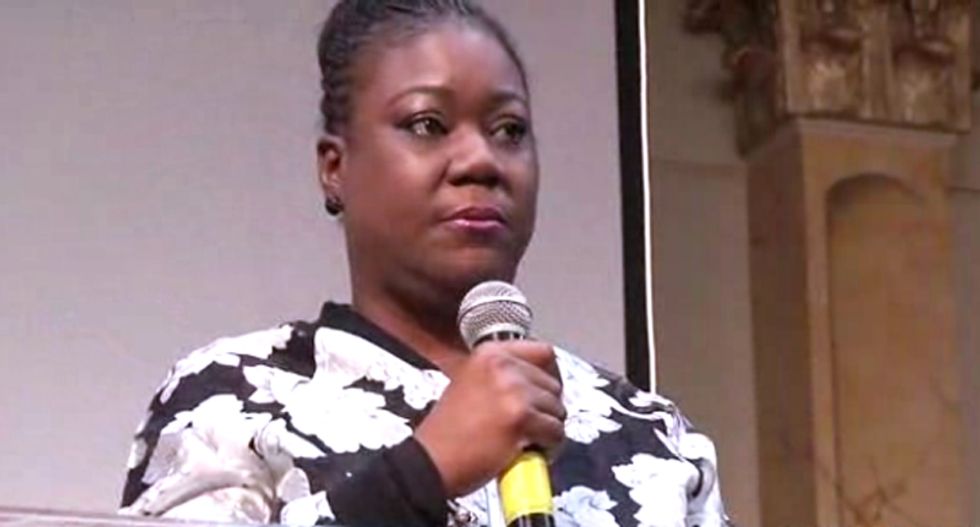 Speaking before a packed house in Greensboro, N.C. the mother of slain teen Trayvon Martin spoke of dealing with the death of her son, saying the worst day of her life was not the day she learned he had been killed, but "The day I had to bury my son."

According to the News-Record, Sybrina Fulton spoke about how she felt after losing her son when he was shot and killed by George Zimmerman in Sanford, Florida in 2012. A jury later found Zimmerman not guilty of second-degree murder.

Saying "I have to do more," Fulton explained her mission to speak out after the death of her son.

"I had to focus, not just on my son, but I had to focus on other people's sons as well," she explained."My Trayvon became your Trayvon. It didn't necessarily happen to you, but you felt my pain. You felt my pain because you saw your young man and your young lady in those same shoes, walking home from the store, on the telephone and not paying attention. And somebody at 17-years-old being followed by a 28-year-old man. So I imagined how my son felt. And so the focus was not just on Trayvon anymore, it was about all of our children."

Speaking of Michael Brown, the unarmed teenager shot and killed in Ferguson, Missouri by police officer Darren Wilson, Fulton said, “Black lives do matter. At one point in our history, we were looked at as three-fifths human. So making that point that black lives matter and all lives matter is important.”

Watch the video below from the Greensboro News-Record: