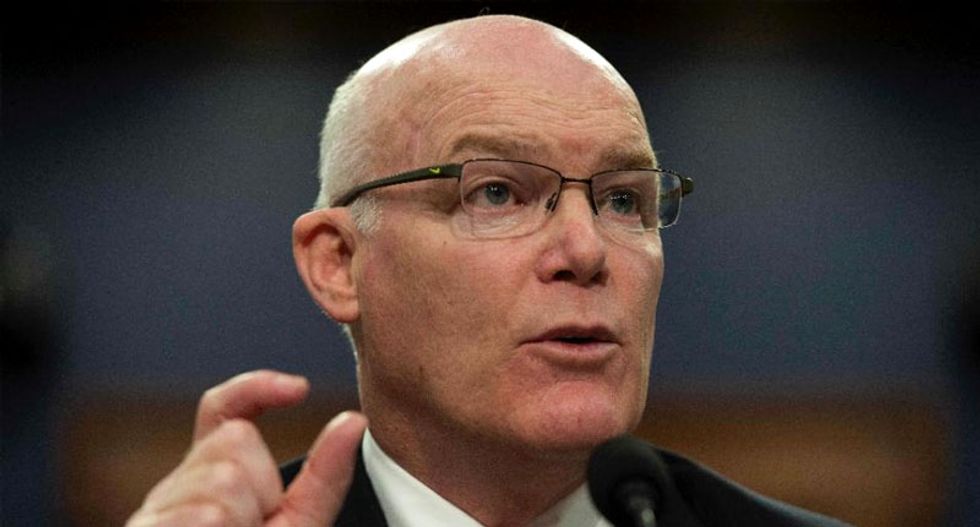 The US Secret Service director admitted to Congress on Tuesday that his agents often drink, even as he sought funding to build a life-size mock-up of the White House to improve training.

Joseph Clancy, the tarnished agency's new boss, was grilled by lawmakers outraged over its latest embarrassing security lapse, in which two senior agents drove into White House barricades after a night of boozing, but were not detained or given breathalyzer tests.

House Appropriations Committee members expressed disbelief over Clancy's acknowledgement that he did not learn of the March 4 incident, in which the agents hit barricades and drove through an active investigation, until five days later.

Stressing this was his "first test" since President Barack Obama elevated him to director last month, Clancy admitted he had yet to speak with the White House agent in charge at the time, citing the need for an independent inspector general's investigation to proceed without interference.

"I should have been informed" immediately, he said. "We're following up on that, and there will be accountability."

The incident marked the latest of several mis-steps by the agency which protects the president and other dignitaries, including a major security breach last September when an intruder barged into the White House wielding a knife.

Lawmakers also appeared flabbergasted at Clancy's suggestion that changing Secret Service "culture" would take time, as he seeks to earn agents' trust as their new chief.'

"Dude, you don't have to earn their trust. You're their boss!" House Republican Chris Stewart charged.

"They're supposed to earn your trust and they haven't earned your trust. And the way you earn their trust is you hold them accountable."

A humbled Clancy repeatedly said "Yes, sir" and "Yes, ma'am" when confronted with withering bipartisan critiques, which only grew when he revealed agents were coping with job demands by drinking.

"There's an element within our agency that does cope with stresses... by using alcohol," Clancy said, noting that the agency recently launched an initiative to address stress.

"We've got to find a way to help some of these people that are going toward alcohol as a coping mechanism," he said.

The revelations infuriated some members of Congress, already frustrated by Secret Service shortcomings including hard-partying overseas incidents like the one in Cartagena, Colombia in 2012, when a dozen agents were caught soliciting prostitutes.

"Unfortunately this is the last in a long line of episodes somewhat similar -- drinking, carousing, on and off duty -- that this agency has suffered these last few years," said committee chairman Hal Rogers regarding the latest White House incident, which includes accusations that supervisors may be protecting agents involved.

"You can't run an agency like this, for God's sakes," he added.

Democrat Nita Lowey said she found Clancy's testimony "shocking," and expressed concern he was unable to fire agents for drunkenness at the White House.

"I don't want a member of the Secret Service, frankly, who's capable of getting so inebriated that this kind of an action can be accepted," she told Clancy.

Let them "find another job."

But Clancy said he needed to let due process play out.

"I don't have the ability to just fire people at will," he countered.

Several lawmakers told Clancy that sackings were in order.

"You got a big job and you're going to have to make heads roll," said House Republican John Carter, chairman of the panel's homeland security subcommittee.

The Secret Service's fiscal year 2016 budget request is $1.9 billion, an annual increase of $273 million, largely for protective efforts ramping up during the presidential election cycle.

Clancy said his agency was seeking $8 million to construct a replica of the White House at a training facility in Maryland that will provide a "more realistic environment conducive to scenario-based training exercises."