US tourists carved their initials into Rome's Colosseum, took selfie, didn't think it was 'such a serious thing' 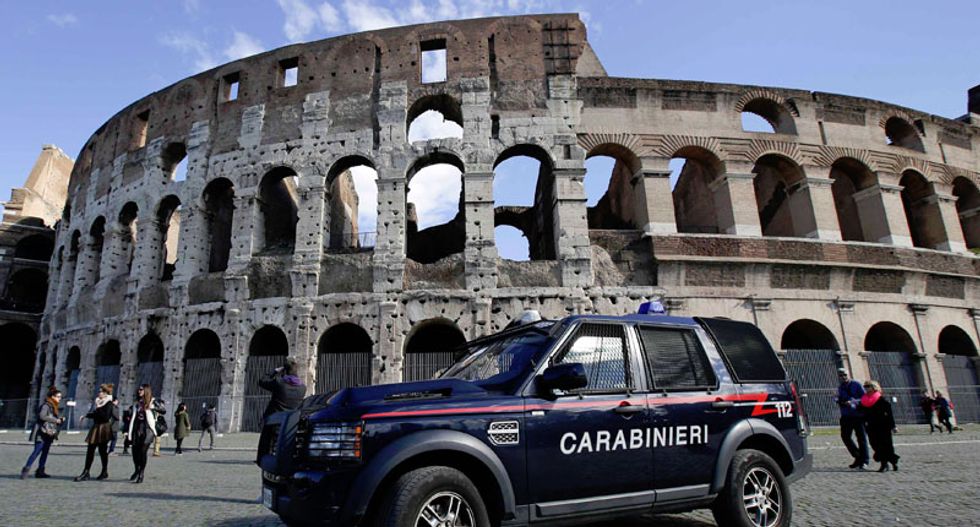 A carabinieri paramilitary car patrols in front of the Colosseum in Rome February 17 , 2015. REUTERS/Max Rossi

Two female tourists from California have been cited by police in Rome for carving their initials into a wall at the city's ancient Colosseum and then taking a selfie to record the vandalism, Italian state media said on Monday.

Italian state news agency ANSA reported that the two women, ages 21 and 25, used a coin on Friday to damage a second-floor brick wall on the western side of the amphitheater, which dates to the first century A.D.

A tour guide spotted the vandalism and called police, who questioned the pair before citing them for "aggravated damage to a building of historic or artistic interest," ANSA said.

The news agency quoted police as saying the pair told officers they were sorry for what they did, "and said they didn't realize it was such a serious thing."

Italian media reports said two letters about eight inches tall, J and N, were scratched into a wall in part of the complex that was restored in the 1800s.

The women were not identified in the reports, and it was not immediately clear whether they would have to pay a fine.

The Colosseum, which once hosted tens of thousands of spectators at gladiatorial contests, is a key part of the historic center of Rome, which is a UNESCO World Heritage Site.

(Writing by Daniel Wallis in Denver; Editing by Cynthia Johnston)