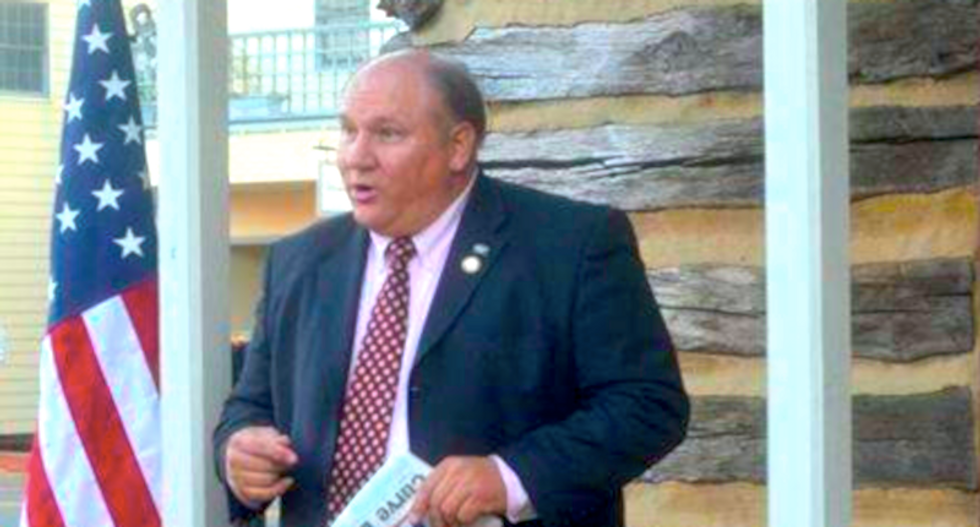 A Virginia city official argued with a local NAACP head by claiming that God, not government, ended slavery and racial injustice in the United States.

Thomas Dunn, a Town Council member in Leesburg, strongly disputed claims made by Phillip Thompson, president of the Loudon County chapter of the NAACP, during a public hearing over setting up a diversity commission in the city, reported the Washington Post.

Thompson had said that “if the government hadn’t intervened, I would still be a slave in the field picking cotton,” dismissing claims by an earlier speaker who said the government should not be involved in civil rights matters.

“Shame on you, Mr. Thompson, for throwing slavery into this discussion,” Dunn said.

“There are people who feel that … government is supposed to be the answer to everything, and Mr. Thompson, I don’t believe that government freed our slaves we had in this country,” he continued. “That was an evil that this country had. It was the hand of God touching the hearts of man that freed those slaves.”

Dunn said only God had the ability to end racism.

“Any shortfalls that we have in how we handle different cultures and races, that’s holding yourself up too high, because that has to come from God,” Dunn said.

“Jesus said, ‘I give you one commandment, and that is to love one another,’” he continued. “He could have said, ‘Go out and create a diversity commission’ – but he didn’t.”

Thompson said later that Dunn’s comments were both offensive and inaccurate.

“I’m an attorney, and this is basic constitutional law: The 13th Amendment ended slavery,” Thompson said. “I thought it was just a callous, dismissive remark on his part.”

“If you disagree, we can discuss our disagreement, but when you try to take it to this high level and dismiss it based on ‘God will fix it,’ that’s just being disingenuous and not constructive at all,” he added.

Dunn conceded after the meeting that the U.S. government had acted to end slavery, but he said elected officials were inspired by God to do so.

“When you read the comments of the men who voted to pass the 13th Amendment, you will find they were led by God to correct a moral, not a legal wrong,” Dunn said in an email. “Lincoln clearly felt that way.”

“Of course, there was a government document involved called the Constitution,” he added. “I feel much of our government has been ordained and established by men under the influence of God.”