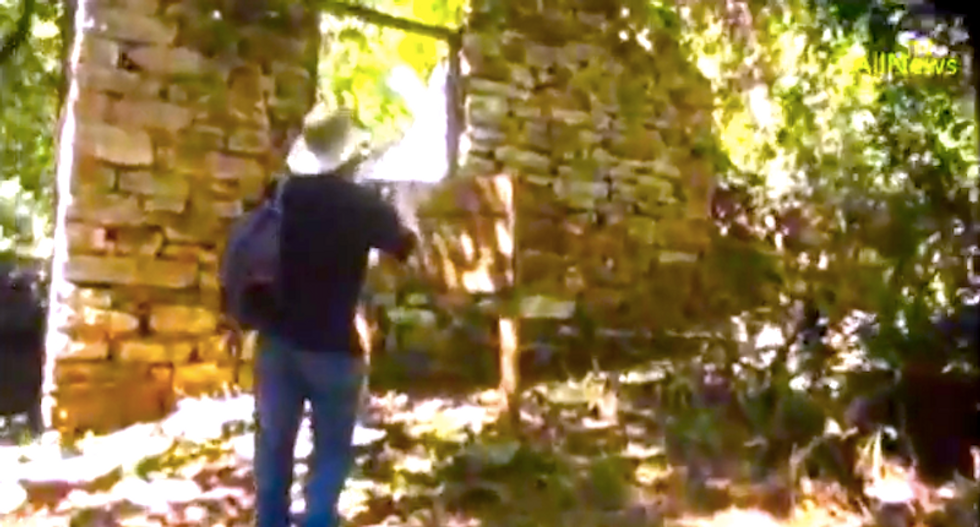 Three ruined buildings in the Argentine jungle may have been built to harbor Nazis after World War II.

Archaeologists said they found five German coins minted between 1938 and 1941 and a fragment of porcelain that was made in Germany, according to an inscription on the plate.

They also found Nazi symbols, including a swastika, etched into three buildings discovered in the Parque Teyú Cuare nature preserve.

“We can find no other explanation as to why anyone would build these structures, at such great effort and expense, in a site which at that time was totally inaccessible, away from the local community, with material which is not typical of the regional architecture,” said Daniel Schavelzon, who led a team of researchers from University of Buenos Aires.

The archaeologists found three buildings at the site, near the border with Paraguay.

“Apparently, halfway through the second world war, the Nazis had a secret project to build shelters for top leaders in the event of defeat – inaccessible sites in the middle of deserts, in the mountains, on a cliff or in the middle of the jungle like this,” Schavelzon said.

The Nazis set up “ratlines” to escape imminent defeat in the final days of the Third Reich, and thousands of war criminals traveled through Spain and, with the help of sympathizers, escaped to Brazil and Argentina.

They did not end up using the secret hideout, because Argentine President Juan Perón welcomed thousands of Nazis and fascists from Croatia and Italy after the war.

Adolf Eichmann, a key organizer of the Holocaust, was captured in Buenos Aires in 1960 and eventually executed in Israel.

Watch video recorded at the site and posted online by AllNews: