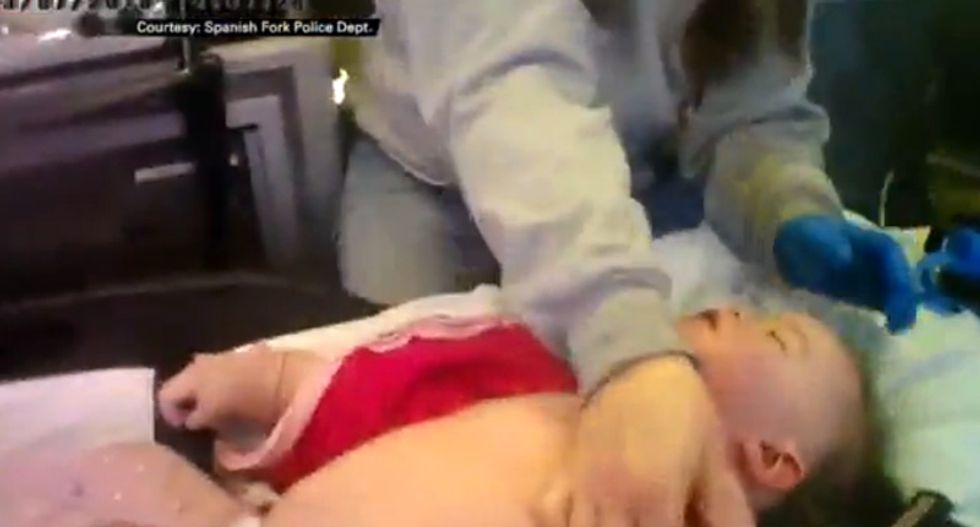 The video, shared by Fox13 Utah, shows emergency personnel moving the car so that they get to the little girl before passing her up the riverbank.

The little girl named Lily was pulled from the car submerged in the Spanish Fork River after an estimated 14 hours following an accident that took the life of her mother, Lynn Jennifer “Jenny” Groesbeck.  According to police, Lily was still strapped into her car seat, hanging upside down in the car and suffering from hypothermia.

In the video, one responder can be heard saying “You got her? Pass her up! Pass her up,”  as she moved from hand to hand before being turned over to an EMT.

Another responder says  “Come on baby!” as she is attended to by frantic medics and the emergency vehicle heads toward a hospital in nearby Salem.

Later, an officer says they have almost arrived at the hospital and he continues talking to the EMS personnel: “We’re almost there, you getting a pulse?”

Upon arrival hospital personnel are told “We’ve been doing CPR on her, she’s been throwing up a little bit.”

Lily was initially listed in critical condition but has since been released to her father.

In an interview earlier this week, police claim they heard a mysterious voice calling out "Help me, help me,"  from the submerged vehicle despite the baby's mother already having died.

Watch the raw unedited video (which some might find upsetting) below from Fox 13 Utah: