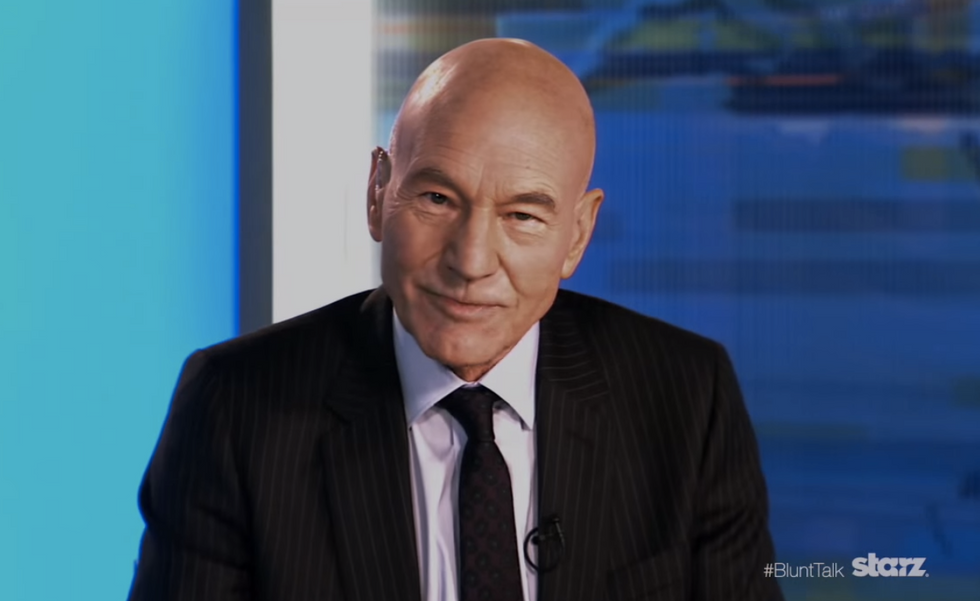 This summer, the Starz network will begin airing Blunt Talk, a comedy series featuring Patrick Stewart as a cocaine-snorting, liquored-up cable news shouter who appears to be modeled on Fox News' top talker Bill O'Reilly with maybe a bit of Piers Morgan stirred in for color.

"Why is he sniffing like that?" a production assistant asks in the opening frames of the show's teaser clip, before the camera cuts to a shot of Stewart snorting up a line of white powder.

Stewart is playing Walter Blunt, a British veteran journalist turned right-wing U.S. cable news pundit. The clue that the character is modeled on O'Reilly comes when another production assistant tells Blunt that he's been maligned on a radio show.

"This Brit flouting his credentials as a former Royal Marine wounded in the Falklands...," reads the assistant.

O'Reilly has taken heat in recent months for his reportedly inflated claims of reporting from various war zones and seeing atrocities firsthand which he'd only seen in pictures or on TV.

The show's executive producer is Family Guy's Seth MacFarlane and it is directed by Jonathan Ames.