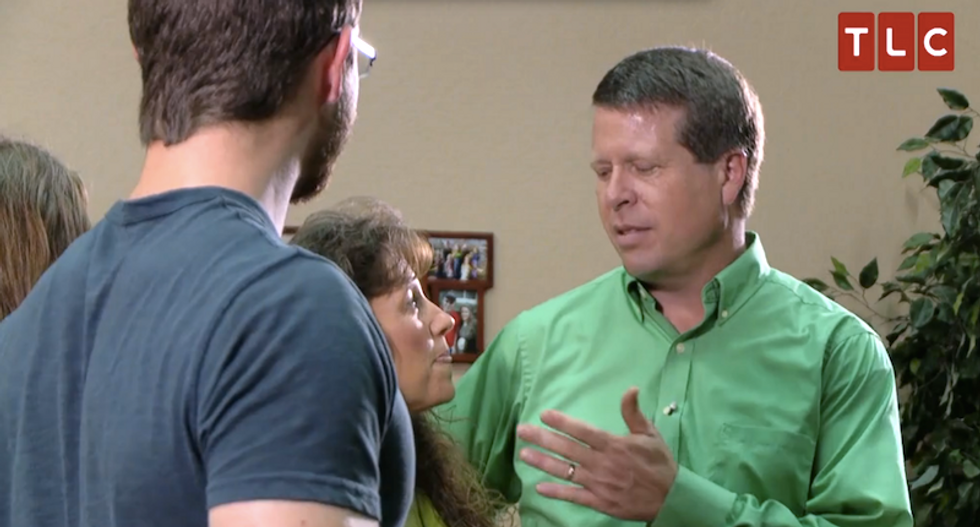 Jim Bob and Michelle Duggar taught their daughter and her fiancé how to kiss in an intensely awkward episode of their TLC reality series, “19 Kids and Counting.”

The couple dispensed relationship advice to their daughter, Jessa Duggar, and her husband-to-be, Ben Seewald, in the segment, which was recorded before the couple married in November, reported Us Magazine.

“Both of you’ll like the physical relationship, but (for) the guy (it) will be kind of like the main focus,” said Jim Bob Duggar. “But for a woman, communicating is the most important thing, and so taking time each day to communicate – that will mean the world to her.”

The younger couple agree that communication is important, although Seewald admits that he sometimes gives his fiancée the “silent treatment,” as his future in-laws sit nodding on a couch across from him with a notebook spread open on their laps.

“We like to talk, but it’s more than just talking,” Seewald said. “You can be talking, but you’ve also got to communicate.”

The 19-year-old Seewald and 22-year-old Duggar said they saved their first kiss until their wedding day.

“We think that it could lead to some stuff that we’re really trying to avoid before our wedding, and so we just think it’s wise for us to hold off,” Seewald said.

The elder Duggars stood up to demonstrate how to kiss to the young couple.

“Let me show y’all the best way to kiss here,” said Jim Bob Duggar, leaning in toward his wife. “If you kiss straight-on, your noses hit together – see? So you have to turn – she turns one way, (I) turn the other.”

The younger couple giggles, and Jessa Duggar pronounces that her parents are “so cute.”

“Decide ahead of time – you’re going to go that way, that way he’ll go this way, whichever way so you don’t get confused,” said Michelle Duggar.