'We are rejoicing!': Top US Presbyterian group announces it will sanction same-sex marriages 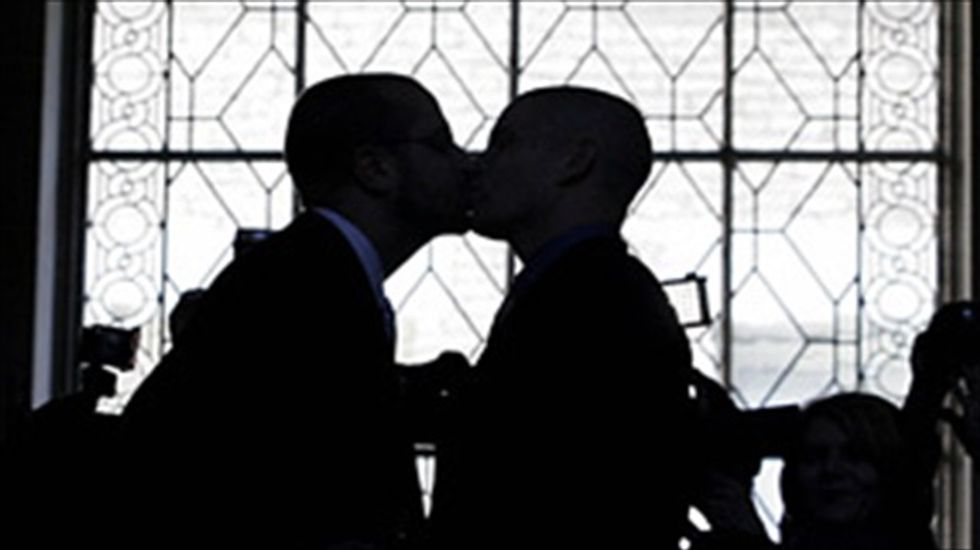 The biggest Presbyterian Church organization in the US will now include same-sex marriages within its churches, the Huffington Post reported.

The change to the "Book of Order" for the 1.7 million-member Presbyterian Church (USA) will take effect in June after being approved by 86 of its 171 affiliated regional governing bodies. The measure, Amendment 14-F, will change the group's definition of marriage from being "between a woman and a man" to "between two people, traditionally a man and a woman."

The LGBT group More Light Presbyterians applauded the decision in a statement.

"Today we are rejoicing!" said the group's co-moderator, Rev. Robin White. "So many families headed by LGBTQ couples have been waiting for decades to enter this space created for their families within their church communities."

The Washington Post reported that Tuesday's vote followed a decision last June to allow its clergy to officiate same-sex marriages on a voluntary basis in states where such unions are legally recognized.

Three years ago, the church's General Assembly voted against a measure that would have redefined marriage as a union between "two people." But many of the congregations who rejected the move have left the group.

According to the New York Times, the church saw a decline in membership after allowing gay and lesbian members to be ordained as clergy within the organization. Fellowship Community Paul Detterman said he predicted more departures would follow Tuesday's decision -- though not by his group, which voted against the change.

"We definitely will see another wave, a sizable wave, of conservative folks leaving," Detterman said, adding that while his group was also conservative, "this conversation is dreadfully important to be a part of."