When you legalize guns on campus, rapists will have more guns to rape with. 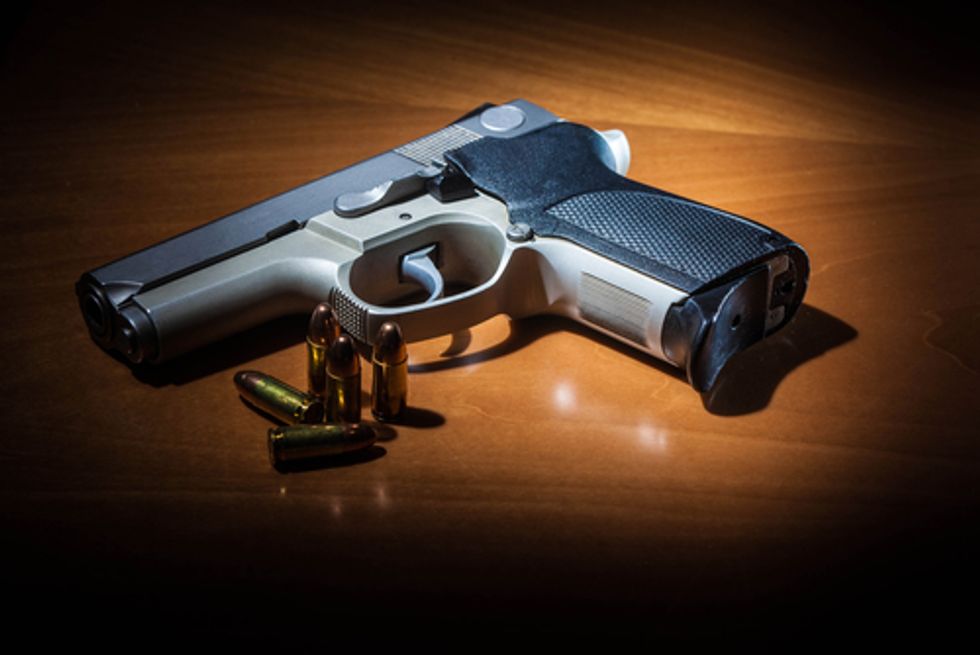 Having one of these around makes subduing a rape victim way easier.

Tara Culp-Ressler at ThinkProgress has a great piece up about anti-rape activists chastising the gun fondlers for trying to hijack the campus rape issue in order to get more guns on campus. She quotes an activist who makes what should have been an obvious point:

Amid larger conversations about how to best address the campus rape crisis, these politicians have recently framed their “campus carry” proposals as policies they believe will keep women safe from potential assaults. One Nevada lawmaker, for instance, recently asserted that “young, hot little girls on campus” need to be armed with guns to prevent themselves from being raped.

That’s not sitting well with the anti-rape activists who have been working for years to reform colleges’ sexual assault policies. Members of Know Your IX, a survivor-led group working to address campus violence, have partnered with Everytown for Gun Safety to tell pro-gun lawmakers to back off.

“If my rapist had a gun at school, I have no doubt I would be dead,” Landen Gambill, one of the activists working with Know Your IX, wrote in a recent petition aimed at the politicians currently debating proposed campus carry bills. “That’s why I started this petition asking legislators in these states not to allow guns on campuses and put survivors like me in even more danger.”

This push by the NRA and other gun fondlers is sheer assholery on many levels. For one thing, it's actually a subtle form of rape denialism. After all, their entire sales pitch relies on implying that "campus rape" is a matter of strangers jumping out of bushes. In reality, most rapes are committed by people you know who exploit social situations such as parties and dates in order to get the victim's guard down---situations where the victim is not going to be armed, because being armed around alcohol breaks gun safety rule #1. So this whole "stop rape by arming women" plan only makes sense if you assume that it's not really rape if you know your rapist. So, it's just rape denialism.

But more to the point, as Gambill said, these laws are functionally more pro-rape than anti-rape. After all, most campus rapists haven't been convicted---duh---so it's perfectly legal for them to own guns. And, unlike victims, they are planning for the rapes to happen and so can plan to have access to a gun when they corner their victims. Granted, most rapists prefer to rape without overt violence, since overt violence makes it harder to get away with your crime. Most rapists prefer to play it off like it was just a misunderstanding or an accident. But letting a victim know you have a gun if she resists is going to be very tempting for many rapists. And why not? There's a way to threaten someone with a gun while maintaining plausible deniability---all you do is just let them know you have it, without saying directly that you're threatening them. Simply having a gun visible or mentioning it during the rape is enough to make many victims give in without a fight---making it easier for the rapist to claim he had consent, since she wasn't kicking and screaming.

I'm sure the NRA and other gun fondlers know this. They just don't care. The whole point of this exercise is to sell more guns. Young people are buying fewer guns than they used to, in part because they live in spaces like college campuses and urban areas where being armed is not normative. The obvious hope here is that by opening college campuses up to guns, they can instill the idea that carrying a gun is normal in young people, leading to more gun sales. Remember, folks, it's always about more gun sales. And if more women get raped because of it, I hardly think they care. I mean,  if mass shootings don't stand in the way of more gun sales, then why would rape bother the gun manufacturers at all?