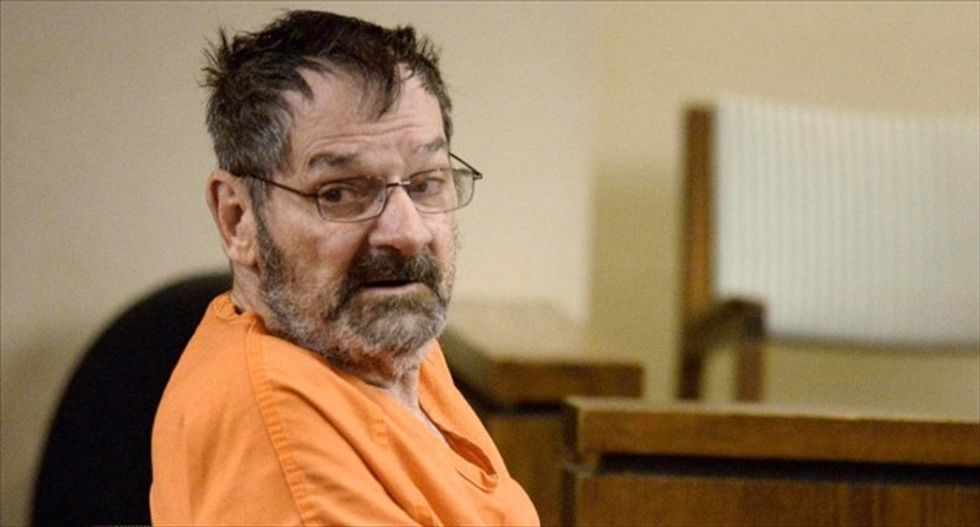 A Missouri white supremacist charged with fatally shooting three people outside two Jewish centers in a Kansas City suburb last April and trying to kill others pleaded not guilty on Friday.

Frazier Glenn Cross Jr., 74, a former senior member of the Ku Klux Klan who had expressed a hatred for Jews, could face the death penalty if convicted of capital murder for the shooting spree April 13 in Overland Park, Kansas.

Cross, in a wheelchair and using an oxygen tank, pleaded not guilty in a Johnson County court to three charges of capital murder and three of attempted murder. He asked for a speedy trial, over the objections of his lawyers.

Johnson County District Court Judge Thomas Kelly Ryan set the trial to start on Aug. 17 after Cross invoked his rights under Kansas law to be tried within 150 days.

"I want my day in court and to speak," Cross told Ryan.

But public defender Mark Manna said the short time frame was not enough to mount a thorough defense, especially in a death penalty case.

Cross said he wanted to fire both his lawyers and represent himself but the hearing ended with no change of lawyers and with a scheduling hearing set for April 3.

Cross is charged with killing Reat Underwood, 14, and his grandfather, William Corporon, 69, outside the Jewish Community Center of Greater Kansas City, and Terri LaManno, 53, outside the nearby Village Shalom Jewish retirement home.

Cross is also charged with attempted murder for allegedly shooting at three other people outside the two facilities.

Cross has repeatedly made derogatory remarks in the courtroom about Jewish people.