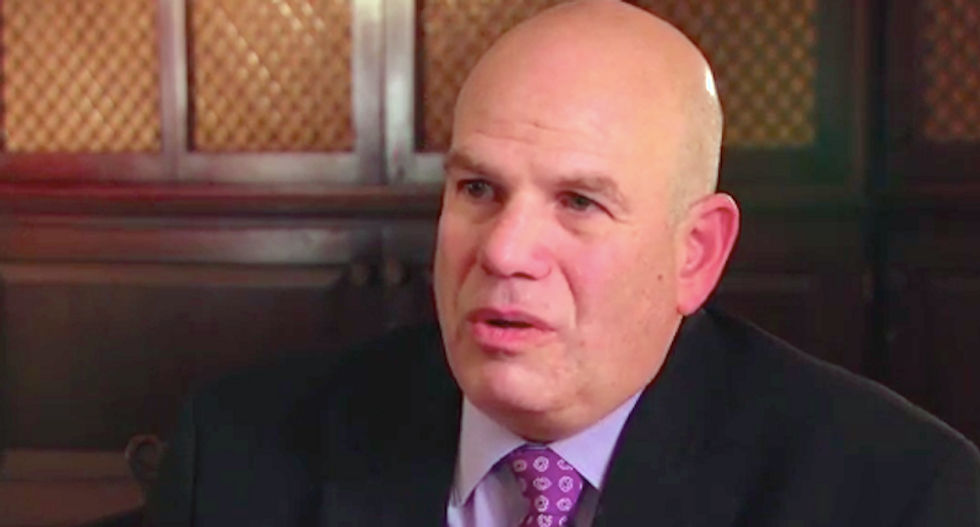 President Barack Obama sat down Thursday with David Simon, creator of “The Wire,” to talk about the war on drugs.

The White House posted video of the 12-minute discussion between the president, who describes the HBO program as “one of the greatest, not just television shows, but pieces of art in the last couple of decades," and Simon – a vocal critic of mass incarceration.

The president said drug arrests had weakened many American communities, and Simon agreed.

“You’re absolutely right, they come back out completely tarred,” Simon said. “They can’t vote, they can’t participate in their communities, they’ve lost track of families -- families have been destroyed.”

The pair spoke during the Bipartisan Summit for Criminal Justice Reform in Washington, D.C.

Simon, a former Baltimore Sun reporter, said he witnessed the effects of the drug war on police and the communities they serve.

“People thought they could arrest their way out of the drug problem, and then they actually tried to do that,” he said.

Simon told the president that officers stopped doing police work to focus on the drug trade.

Obama did not offer strong disagreement with Simon’s criticism, but he said the criminal justice system was becoming more fair.

“The fact that we’ve got people talking about it in a smarter way gives me a little (encouragement),” the president said.

“Omar, by the way, is my favorite character,” Obama said.

Watch the entire conversation posted online by The White House: