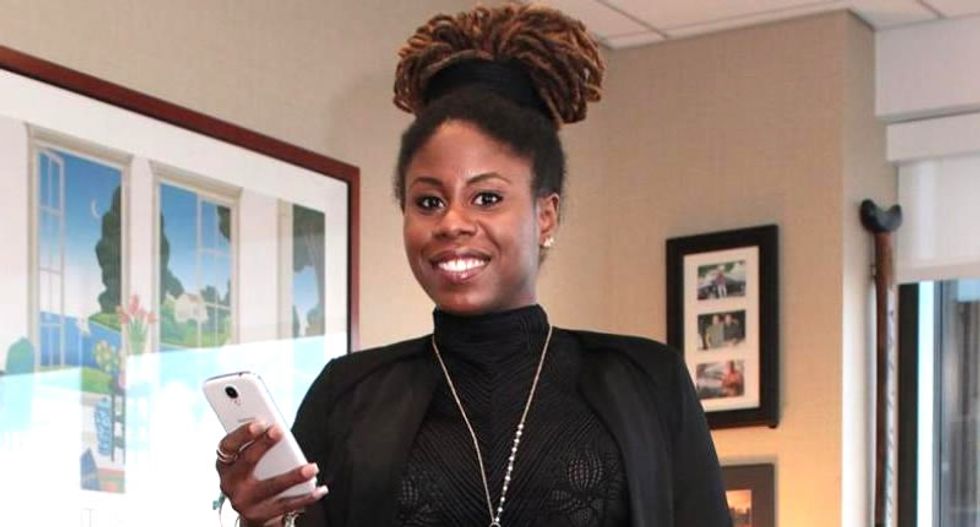 A Long Island woman was detained in a Harlem mental institution for eight days for claiming, among other things, that President Barack Obama followed her on Twitter -- even though he does.

According to The Daily News' Stephen Rex Brown, last year Kam Brock attempted to retrieve a car that the New York Police Department had seized.

When she walked into the NYPD’s Public Service Area 6 stationhouse, she was, by her own admission, "emotional," but insisted that she was by no means "emotionally disturbed."

The NYPD disagreed -- they handcuffed her and sent her to the hospital.

According to the lawsuit Brock is filing, the "next thing you know, the police held onto me, the doctor stuck me with a needle and I was knocked out. I woke up to them taking off my underwear and then went out again. I woke up the next day in a hospital robe."

She said she was heavily sedated by hospital employees, and she told The Daily News that she only mentioned to doctors that the president follows her on Twitter to show them "the type of person I am. I’m a good person, a positive person. Obama follows positive people."

Instead, the lawsuit alleges the doctor made her discharge contingent upon her denying that Obama follows her on the social media site. According to her "master treatment plan," one of the objectives that would trigger her release was that she "state that Obama is not following her on Twitter."

No one at the hospital, she said, checked her Twitter account for objective proof of the truth of her claim.

In her lawsuit, Brock is attempting to recoup the $13,637.10 bill she received for her involuntary incarceration, as well as an unspecified amount of additional damages.

Watch a report on her unusual predicament via The Daily News below.

Despite being the GOP standard bearer in the 2012 election, less than a decade later Romney was not welcome at the event after voting to convict Donald Trump of inciting the fatal January 6th insurrection at the U.S. Capitol.