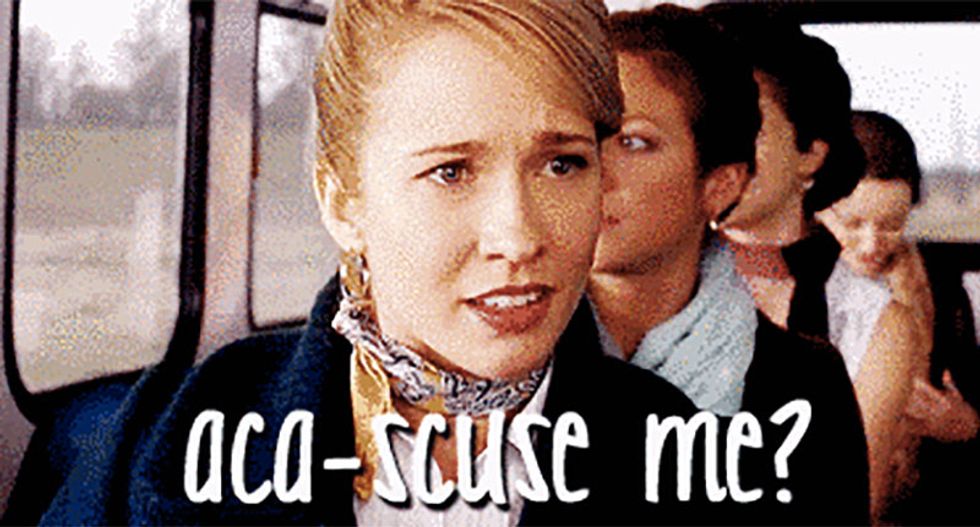 In a bizarre and almost grotesque attempt to bring the listicle to government, the House Judiciary Committee has posted a series of animated GIFs to promote a bill that could effectively deport hundreds of thousands of undocumented immigrants.

The list promoting the bill, dubbed the "Michael Davis, Jr., and Danny Oliver in Honor of State and Local Law Enforcement Act," includes such luminaries as Britney Spears, Disney's Princess Ariel and The Office's Steve Carell. It might be, if disconnected from a pretty ugly piece of legislation, funny.

But it's not. The law, named for a local sheriff's department officer and a sheriff's deputy killed by an undocumented immigrant, is seen by immigration activists as perhaps the most draconian immigration bill ever proposed.

According to Vox, the bill doesn't have a real chance of making it to the House floor or becoming law. But the rather flip attitude of its promoters perhaps lends it a little attention, to see what kind of regulations the Republican-led Judiciary Committee is trying to pass.

Essentially, Vox says the bill would create "a pipeline that puts essentially any unauthorized immigrant who comes into contact with police into the deportation queue."

It would make being in the US without papers a federal crime (currently, it's a civil offense).

It would give every state or local law enforcement officer the power to enforce immigration law (giving police the ability to detain anyone simply because they have probable cause to believe they're in the US without papers.)

Third, it would all but require any immigrant apprehended by local police to be taken into federal custody for deportation. Right now, the federal government can choose whom to request to take into custody, and local law enforcement can decide whether to honor that request...

Fourth, the federal government would have very little opportunity to decide not to deport someone. Under current policy, certain types of unauthorized immigrants aren't designated "priorities" for deportation, and ICE agents are supposed to have a good reason to deport them. The Davis Act would roll back that policy as well as the policy in place earlier in the Obama administration, which designated immigrants like parents of US citizens as "low priorities" for deportation.

Not to the Republican staff of the House Judiciary Committee, apparently. Here are a few of their choice GIFs.