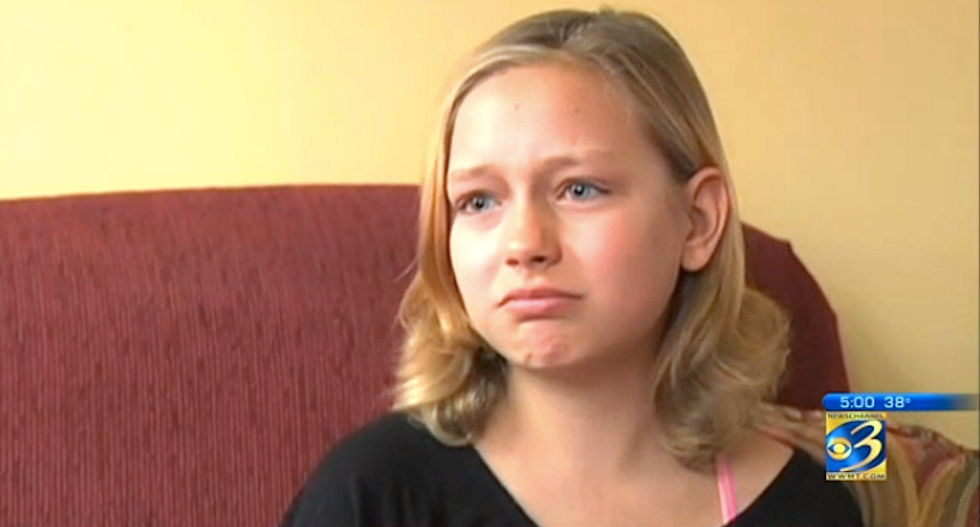 A 12-year-old cancer survivor was kicked out of a Catholic school in Michigan because she missed too many days of class.

Rose McGrath was diagnosed with acute lymphoblastic leukemia in August 2012 and has undergone treatment ever since, reported WWMT-TV.

She recently finished with her treatment but is still recovering, her mother said.

“You still have a very long recovery process because you've basically just put two and a half years of poison into your body, (so) you're not recovering overnight,” said Barbara McGrath.

With about a month left in the school year, the McGraths received a letter from Battle Creek Area Catholic Schools notifying them that Rose had been dismissed because she failed to meet academic or attendance standards.

Her parents concede that Rose, who has been enrolled in the district since she started school, had attended only 32 days of class this year – but they said she was still on track to pass her core classes.

"I didn't do anything wrong, but they still got rid of me,” Rose said.

The letter claims teachers and school staff tried to accommodate Rose and even reduced her workload.

"These were extraordinary circumstances, but so many accommodations were made we felt eventually it became a point where we really had to help Rose by being able to make sure that she was getting the assistance that she needed and to learn," said Father John Fleckenstein, with Battle Creek Area Catholic Schools.

Rose’s parents, however, disagree and have filed a complaint with the Office of Civil Rights because they don’t believe the school’s accommodations were adequate for such a seriously ill child.

"It's not like she's out at the mall having fun -- she's in her bed, sick with nausea, vomiting, abdominal pain,” Barbara McGrath said. “She's not having fun, she's sick. She'd be at school if she could.”