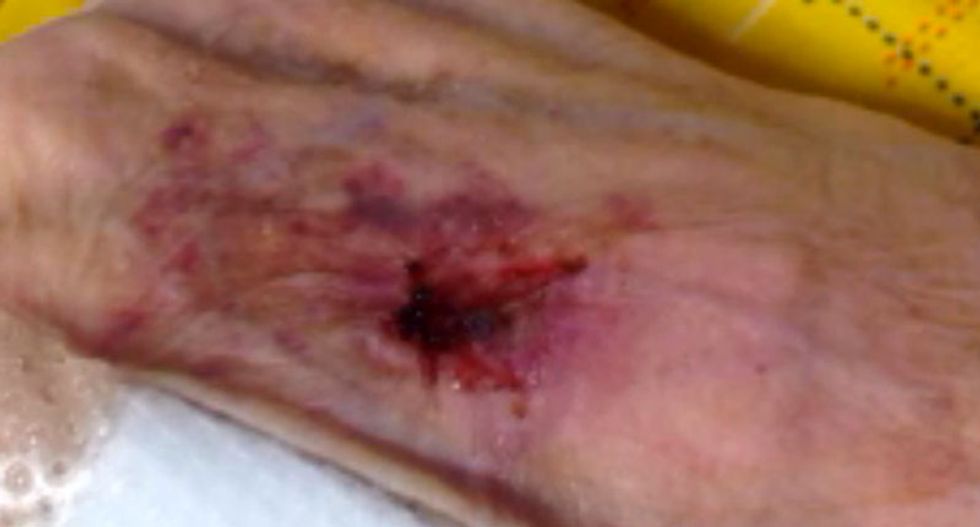 A nursing home in metro Atlanta, GA, is under investigation for alleged neglect and mistreatment of a female patient, WXIA reports.

The 77-year-old woman was rushed to the emergency room with a 3-inch gash on the side of her head that required four staples to close and bleeding on the brain, according to the police.

Doctors also found severely ingrown toenails and overall poor hygiene. There was an open wound on the back of her hand with a days-old bandage.

The patient has been cared for at the New London Health Center in Snellville, a suburban community in metro Atlanta, for the past four years.

"She is bedridden. She is basically dependent on people to take care of her and that has not been done," her grandson, Ryan Sheppard, told WXIA.

When questioned, the facility could not explain why the elderly patient suffered these injuries.

"They just say it's under investigation. They can't tell us anything. Nobody is confessing, nobody is telling us anything," Sheppard said.

"In my 15 years, I've never seen anything like that," said Snellville Police Detective O.J. Concepcion. "A lot of people put trust in these homes -- these nursing facilities -- to take care of their loved ones, and when you see hygiene and things are not being properly taken care of its concerning."

The patient has been transferred from the New London Health Center to a local hospice.

Watch the video, courtesy of WXIA, below.