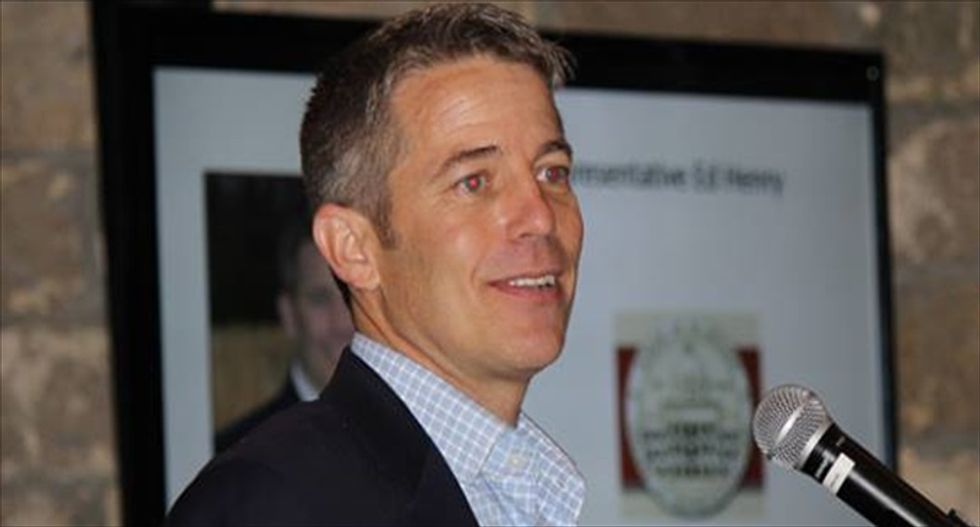 A Republican state lawmaker in Alabama has introduced a bill that supporters say was designed to shut down the only clinic in Huntsville that performs abortions, AL.com reported.

State Rep. Ed Henry's measure, House Bill 527, would prevent state health officials from issuing or renewing licenses to any clinics operating within 2,000 feet of a school. The statute would directly affect the Alabama Women's Center for Reproductive Alternatives Services, which is currently located across the street from the former site of a local middle school.

The former head of the Christian Coalition of Alabama, James Henderson, said his group drafted the legislation after a Madison County judge dismissed the group's lawsuit last November seeking to block the clinic from operating.

"We were advised by counsel that a good approach was to use the same standard of keeping sex offenders from public schools, which is 2,000 feet," Henderson said. "That is what the bill is based on."

However, Henry did not mention the coalition's involvement in an interview with the Florence TimesDaily.

"I did not know it would impact closing [the clinic]," Henry said, adding that the bill was requested by "several of the pro-life groups around the state."

Dalton Johnson, the clinic's administrator, blasted the measure, saying the bill came after the facility spent nearly $550,000 in relocation and remodeling costs to comply with a state law passed in 2013.

"Right now we are the only clinic in the whole state with a physician on staff that actually does the procedures and has admitting privileges at a hospital," Johnson said. "If the ruling regarding physicians' admitting privileges at clinics gets overturned, we would be the only one left in the entire state, and now they are coming at us with this legislation to try to close us down."

The state chapter of the American Civil Liberties Union also criticized the bill, saying it was sure to lead to lawsuits if passed.

"You can't pass a law taking away somebodies business just because you don't like it," executive director Susan Watson said. "It is yet again the legislators are proposing these bills that are going to cost the state of Alabama a whole lot of money."

Henry said that while he recognized the potential for litigation involving the bill, he would not let it stop him from doing what he felt was right.

"To me, the whole atmosphere around abortion clinics is very unsettling, with protesters on both sides, and to me not something we need to have the children of Alabama subjected to," he said. "We regulate how close liquor stores can be to schools and churches."