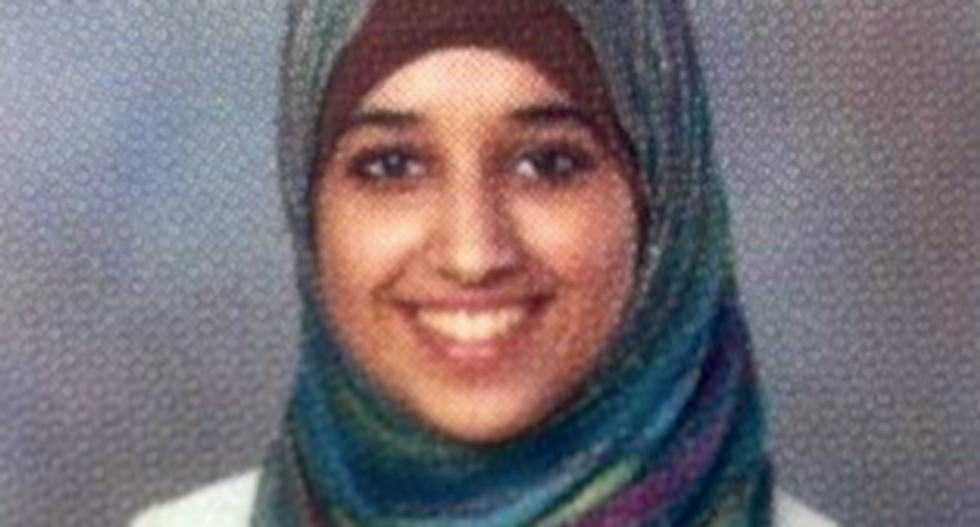 A 20-year-old woman from a Birmingham, Alabama, suburb has left the United States to join the Islamic State militant group in Syria, local broadcaster WIAT reported on Monday.

The report came as U.S. authorities said they have charged six young Somali-American men from Minnesota with planning to join the fighters who have declared an Islamic Caliphate on land they have seized in Syria and neighboring Iraq.

Western countries have become increasingly worried about the numbers of citizens signing up with jihadi groups, fearing they could return to launch attacks at home.

Hoda Muthana made contact with militants through social media and had been distancing herself from other Muslims in Hoover for more a year before leaving, said family spokesman Hassan Shibly according to WIAT.

Shibly, who is also an attorney and chief executive director of the Council on American-Islamic Relations Florida, said the woman's family was devastated and has been working with authorities since she left, WIAT reported.

"They have been going through unimaginable pain and hardship for the past few months," he told reporters on Monday at a press conference broadcast by WIAT.

Reuters could not independently verify the report. The news of Muthana's departure was first reported by BuzzFeed on Friday.