All cartoon characters must die, even in a kid-friendly version of 'Game of Thrones' 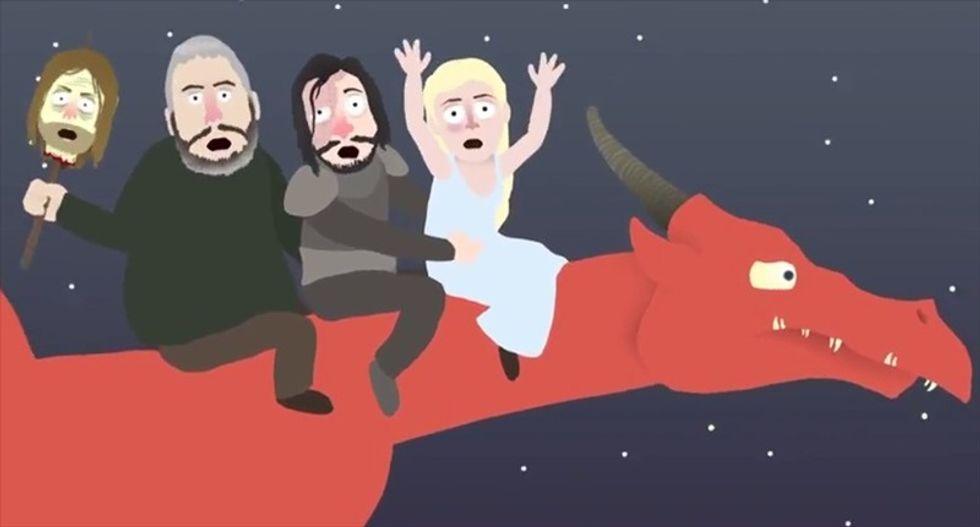 George R.R. Martin "unveiled" an animated version of Game of Thrones in a spoof posted on Conan O'Brien's YouTube account on Friday.

Note: This post contains spoilers for "Game of Thrones."

While 'Lil Thrones adopts the look of the old Muppet Babies cartoon show -- right down to the theme song -- the appearance of Ned Stark's singing, disembodied head makes it apparent that it's not skimping on any of the regular series' penchant for non-child-friendly carnage.

"It's so cool hanging with my friends when most of us are dead," he sings, from atop a pike.

The skit features appearances from animated versions of most of the series' core characters, living and dead, with Tyrion Lannister observing, "I'm the only one anyone likes anymore."

As Mashable reported, the TV version of Martin's book series remains the most illegally-downloaded program on the air heading into Sunday's season premiere.

Watch 'Lil Thrones, as posted by the show, below.