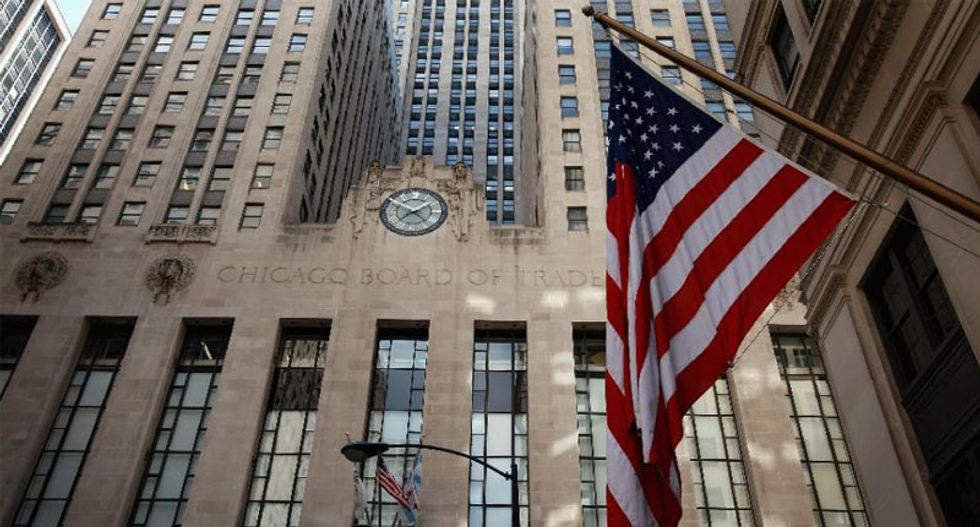 Authorities have arrested a high-frequency trader in London to face US criminal charges of fraud and manipulation related to the May 2010 "Flash Crash."

Navinder Singh Sarao was charged with orchestrating an elaborate scheme to manipulate the market for E-Mini S&P 500 futures contracts on the Chicago Mercantile Exchange, according to the Department of Justice and the Commodities Futures Trading Commission (CFTC).

Sarao's alleged manipulation earned "significant profits" and contributed to the so-called "Flash Crash" of May 6, 2010, when the Dow Jones Industrial Average fell by about 600 points in a five-minute span after a big drop in the price of E-Minis.

The United States is requesting the extradition of Sarao, 37, from Britain to face the federal charges that were filed in February but unsealed Tuesday, the agencies said.

Sarao employed a strategy known as "spoofing" in which he initiated a series of orders on the E-Mini S&P futures contract that were later cancelled. The orders created imbalances that affected the prevailing E-Mini S&P price.

"Defendants then allegedly traded in a manner designed to profit from this temporary artificial volatility," the CFTC said.