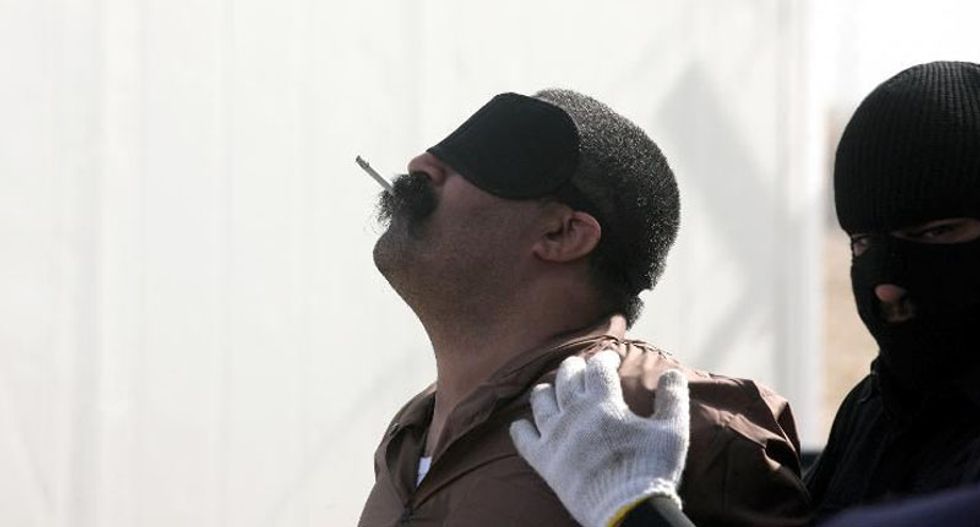 Man about to be executed in Saudi Arabia (AFP)

Saudi Arabia on Wednesday beheaded one of its citizens for drug trafficking, adding to what Amnesty International has called a "macabre spike" in the kingdom's executions this year.

The sentence against Khalid al-Rowaili was carried out as Jakarta summoned Saudi Arabia's ambassador over the execution a day earlier of an Indonesian domestic worker for murder.

Rowaili was convicted of smuggling amphetamine pills and was executed in the northwestern region of Jawf, according to a statement from the Interior Ministry carried by the official Saudi Press Agency.

He was the 61st person executed in the kingdom so far this year, after 87 death sentences carried out in the whole of 2014, according to AFP tallies.

Rowaili's beheading by the sword follows the execution on Tuesday of Siti Zainab, a domestic worker convicted of stabbing and beating a Saudi woman to death.

London-based Amnesty International said Zainab was executed despite suspicions she was mentally ill, while an Indonesian migrant workers' group said she acted in self defence against an abusive employer.

Jakarta complained that her family and consular staff were not given prior notice of Zainab's execution.

Amnesty's 2014 global report on the death penalty ranks Saudi Arabia among the top five executioners in the world.

The Interior Ministry has cited deterrence as a reason for carrying out the punishment.