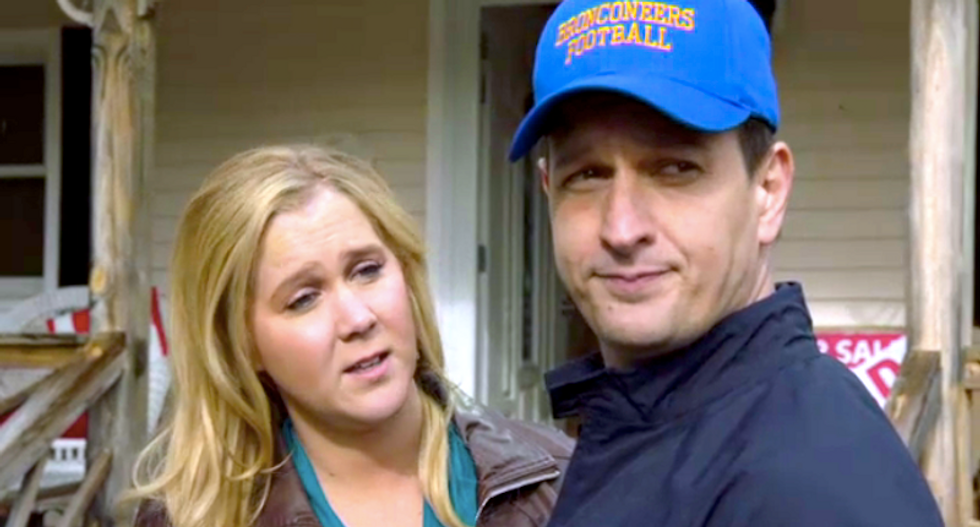 In the sketch that aired Tuesday night on “Inside Amy Shumer,” actor Josh Charles plays a new high school coach with a strict set of rules: a no-huddle offense, two-a-day practices, and no raping.

Players protest, and an assistant coach throws down his clipboard and walks out of the locker room.

The players try to find exceptions to his prohibition against raping, asking the coach if they can rape at away games or if the girl is dressed like some type of sexy animal for Halloween.

“What if she’s drunk and has a slight reputation, and no one is going to believe her?” a player asks. “Okay – the girl said yes to me the other day, but it was about something else? What if the girl says yes but she changes her mind out of nowhere, like a crazy person?”

Two women confront Charles and Schumer, who plays his wine-guzzling wife, outside their home.

“You’re that new coach that don’t like raping,” one woman says. “How our boys supposed to celebrate when they win? Or blow off steam if they lose?”

When the big game finally arrives on Friday night, the Bronconeers are losing by 15 points at halftime because the players say they can’t stop thinking about rape.

“How do I get through to you boys that football isn’t about rape?” Charles says, launching into a pep talk.

“It’s about violently dominating anyone that stands between you and what you want,” he says, as his players start to rally. “Now you’ve got to get yourself into the mindset that you are gods, and you are entitled to this. That other team, they ain’t just going to lay down and give it to you – now you’ve got to go out there and take it. Now let’s get out there. Clear eyes, full hearts, don’t rape.”