Another leap into the 2016 race: Marco Rubio declares he is 'uniquely qualified' to be president 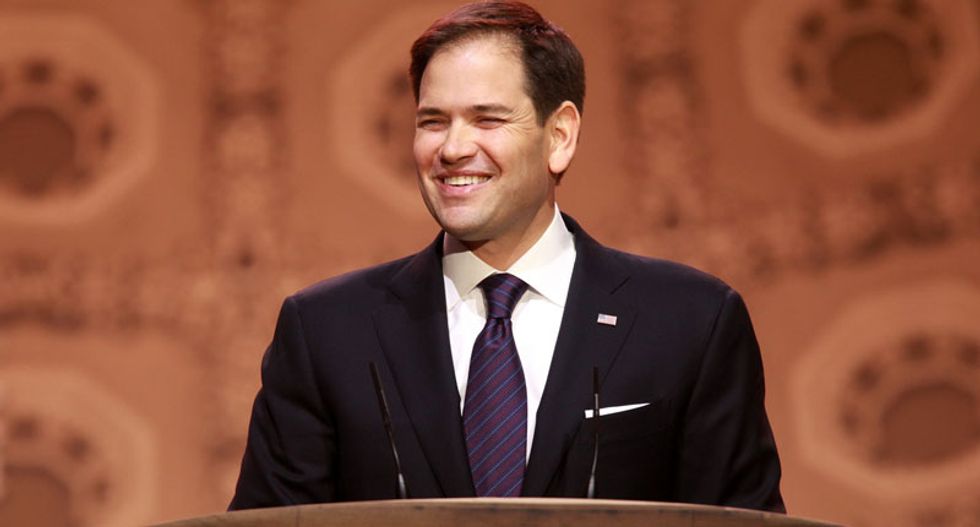 U.S. Senator Marco Rubio of Florida told top donors on Monday that he will run for the White House because he is "uniquely qualified" to represent the Republican Party in the 2016 presidential race, the Associated Press reported.

During a conference call with donors, Rubio criticized Democratic front-runner Hillary Clinton as a leader from yesterday and said the 2016 race will be a choice between the past and the future, AP said.

Rubio, a son of Cuban immigrants who rode the Tea Party wave of 2010 to national prominence, will formally announce his presidential bid later on Monday with a speech at Miami's Freedom Tower.

That is where thousands of Cuban exiles fleeing the communist-run island in the 1960s were first registered by U.S. authorities. Rubio is expected to make a muscular foreign policy a focal point of his campaign, portraying himself as the Republican most ready to handle threats to America in a chaotic world.

Rubio's support registers in single digits in opinion polls of the likely contenders in what is expected to be a crowded Republican presidential field. But aides believe Rubio, who was on 2012 nominee Mitt Romney's short list for vice president, will rise when voters take a closer look at him.

He will be the third Republican to formally announce a White House bid, following Republican Senators Ted Cruz of Texas and Rand Paul of Kentucky.

Rubio's attempt to capture the campaign spotlight follows Clinton's declaration of her candidacy for the Democratic presidential nomination in a video announcement on Sunday that grabbed worldwide media attention.

Clinton, a former secretary of state, will hit the campaign trail in Iowa on Tuesday and Wednesday. Iowa holds the kickoff contest in the parties' presidential nominating process early next year.