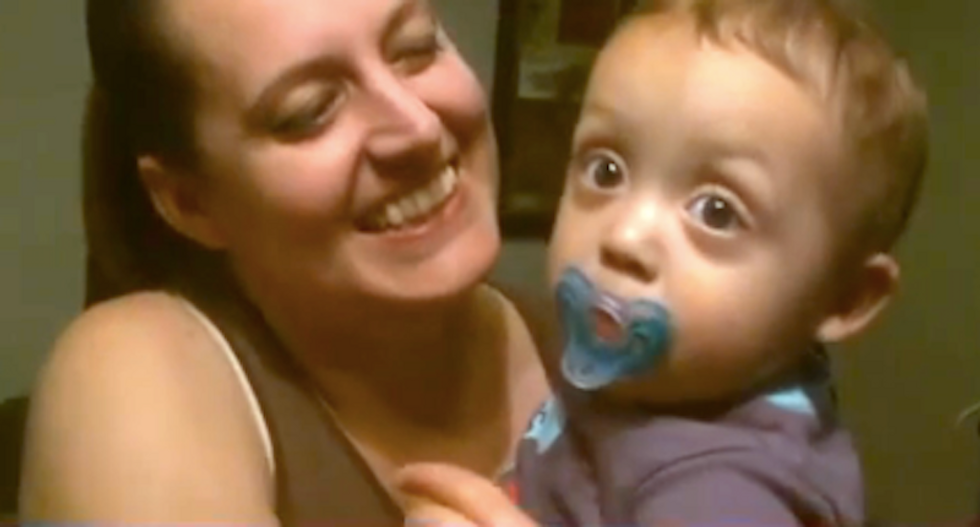 Lenora and Leticia Reyes-Petroff married two years ago in California, and Leticia gave birth last year to a child conceived through artificial insemination, reported The Republic.

Arizona did not recognize same-sex marriages at the time, and state adoption laws allowed only husbands and wives to jointly adopt children – so Lenora cannot be considered a parent to the couple’s son.

"It doesn't feel right for my son to be considered a legal stranger to me," she said.

After an appeals court struck down Arizona’s ban on same-sex marriage, Lenora, a criminal law attorney, looked into “stepparent” adoption and discovered the Maricopa County Attorney’s Office offers free assistance to couples with a variety of “uncontested adoptions.”

However, employees told her the office did not handle her “type” of adoption.

Lenora contacted County Attorney Bill Montgomery through his Facebook page and asked why she was not able to receive help.

"Second-parent adoptions require three things," she posted on Montgomery’s page. "One person in the couple (must) be the biological parent, the couple must be married, and that the other biological parent must have their parental rights severed — Check, check and check. There is nothing to figure out here! You are discriminating against same-sex couples flat out and you know it!"

Montgomery surprised her by answering to explain that his ability to help her “is specifically limited by Arizona law” because the 9th Circuit ruling on same-sex marriage refers only to marriage certificates and does not cover adoption.

However, legal experts said the county attorney made an unconstitutional distinction between the marriage rights of heterosexual and same-sex couples, and one attorney said she had personally handled dozens of same-sex adoptions since December.

"It certainly seems the law is on our side, but the county attorney doesn't want to help us like they help everyone else," Lenora said. "Opposite-sex couples are receiving these services for free, and same-sex couples have to hire a private attorney to get the same thing done."