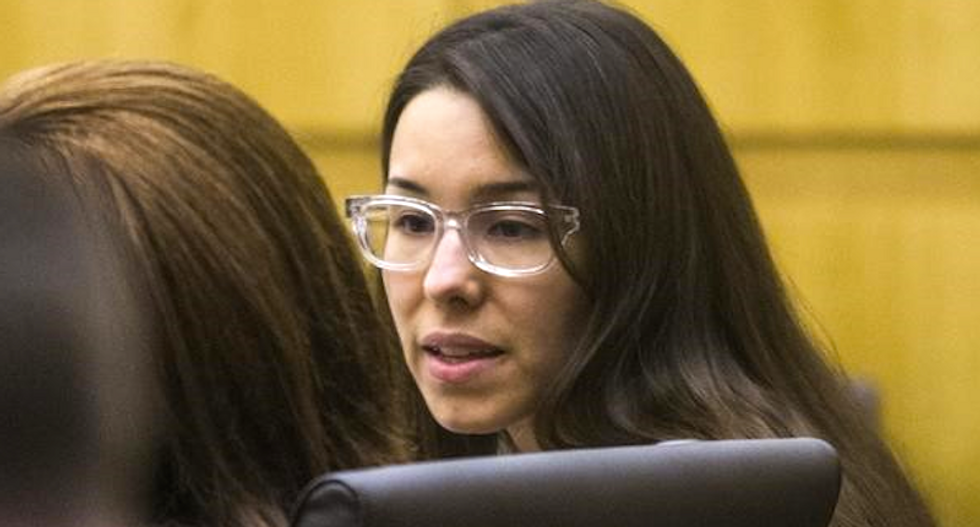 An Arizona judge sentenced former waitress Jodi Arias to life in prison with no possibility of parole on Monday for shooting and stabbing her ex-boyfriend to death in 2008.

Arias, 34, had escaped a possible death sentence last month after a lone juror at her sentencing retrial refused to back the death penalty throughout five days of deliberations.

She was found guilty of murder in 2013 after a trial packed with lurid details and graphic testimony that drew a large audience. Prosecutors said she killed her former partner in a jealous rage while Arias argued she acted in self-defense.

Shackled and clad in jail stripes, Arias told the court she had long wanted to be put to death for the crime.

"But I had to fight for my life just like I did on June 4, 2008, because I realized how selfish it would be for me to escape accountability for this mess I created," Arias said.

She said she remembered the moment she plunged the knife into Travis Alexander's throat.

"He was conscious. He was still trying to attack me. It was I who was trying to get away, not Travis, and I finally did," she said. "I never wanted it to be that way."

The 30-year-old victim was found dead in a shower at his Phoenix-area home. He had been shot in the face and stabbed more than 20 times, his throat was slashed almost from ear to ear.

After a second jury failed last month to reach a unanimous verdict on whether she should be executed, Stephens had to choose between sentencing her to life in prison or to life with the possibility of parole after 25 years.

"The defendant did not render aid to the victim ... (and) destroyed evidence at the crime scene," Stephens said in issuing the sentence.

"The court finds the mitigation presented is not sufficiently substantial to call for leniency and that a natural life sentence is appropriate."

Defense attorney Jennifer Willmott said Arias was remorseful and had urged the judge to give her the hope of release one day.

"Ms. Arias is not a monster," Willmott said. "For two minutes in her life she did something reprehensible ... she is disgusted by what she did."

(Reporting by David Schwartz in Phoenix; Editing by Daniel Wallis and Doina Chiacu)