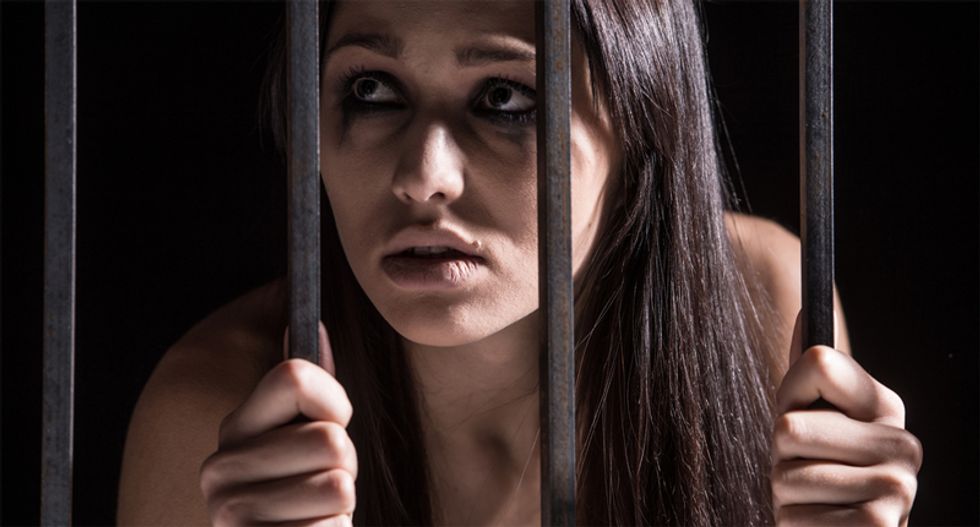 The women, many of whom fled their countries in Central America  out of fear of violence or persecution, have all passed the "credible fear test" and qualify as asylum seekers. Despite that, they are still held with their children -- some as young as 2 years old -- in the Karnes Residential Center, a prison-like facility in South Texas, waiting for their cases to be processed.

This is the second hunger strike in a month calling for the release of their families and protesting against the unbearable conditions at this for-profit facility run by the GEO group, one of the two biggest private companies that run prisons and detention centers in the U.S.

Detainees complained about the quality of food and water, sexual assaults by guards, solitary confinement, and other inhumane conditions of imprisonment. Some mothers resort to work for $3 a day just so that they can buy their kids better food and bottled water.

“In my view, there’s no way to detain families humanely,” California Representative Judy Chu said at a U.S. House Judiciary Committee hearing last Tuesday. “When I first learned that the average age on a child in family detention is six years old and there are even babies and toddlers being detained, I was truly shocked. As a psychologist, I know the mental health concerns that children and families in detention face. Detention in jail-like facilities re-traumatizes victims of violence, and children in particular.”

According to a new report from the Grassroots Leadership, private for-profit prison corporations spent $11 million over six years to lobby Congress to keep a mandatory immigrant detention quota.

Today, 9 out of the 10 largest immigrant detention centers are private, with 8 owned by only two corporations, the GED Group and CCA. Since the end of 2007, the GEO Group has increased their profits by 244% and CCA by 46%.