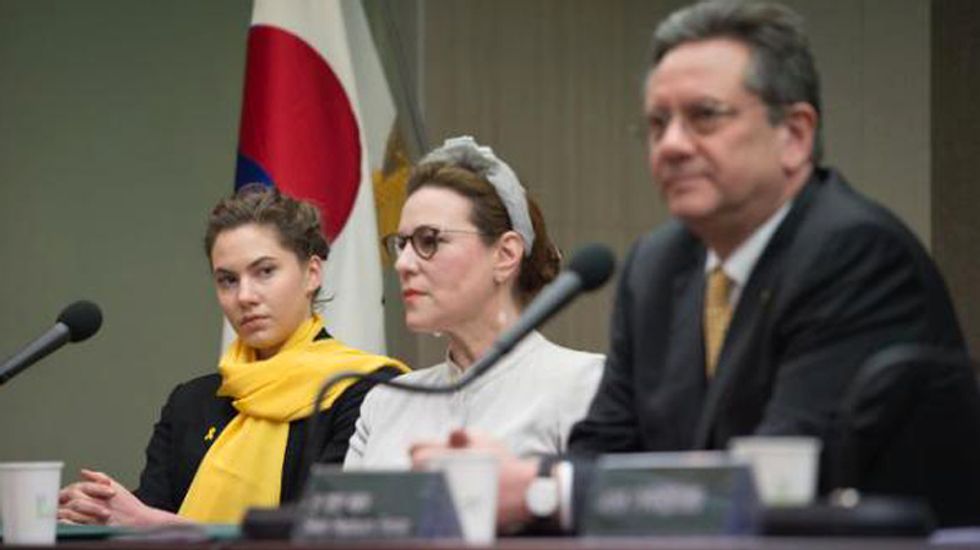 The family of late actress Audrey Hepburn unveiled plans for a memorial forest in South Korea to remember the 304 victims of last year's Sewol ferry disaster.

Sean Hepburn Ferrer, the eldest son of the Hollywood icon and chair of the Audrey Hepburn Society, has initiated the project, donating some $50,000 to a Seoul-based non-profit group, Tree Planet Inc.

Ferrer, along with his wife and eldest daughter, will plant the first trees on Friday that will eventually form the "Sewol Memorial Forest" on a hill on the southwestern island of Jindo -- the closest land to the site where the Sewol sank on April 16.

"A year has passed and instead of sending flowers to the families, we wish to create something beautiful ... We want to create a platform that will bring some feelings of hope and comfort," Ferrer said.

"We will create a place from which everyone can work toward the future where a tragedy like this will not repeat itself," he told reporters in Seoul.

Ferrer said his family had been drawn to the project because of their ongoing charitable work to curb preventable child deaths.

Audrey Hepburn served as the Goodwill Ambassador for the United Nations Children's Fund from 1989 until her death in 1993.

The Sewol was carrying 476 people when it sank, and of the 304 who died, 250 were pupils from the same high school on an organised trip.

The tragedy shocked and enraged the country as it became clear that it was almost entirely the result of an illegal redesign, an overloaded cargo bay, an inexperienced crew and an unhealthy nexus between operators and state regulators.

Ahead of the first anniversary next week, victims' relatives have called for the sunken vessel to be raised to the surface, and demanded a fully independent inquiry into the causes of the disaster.