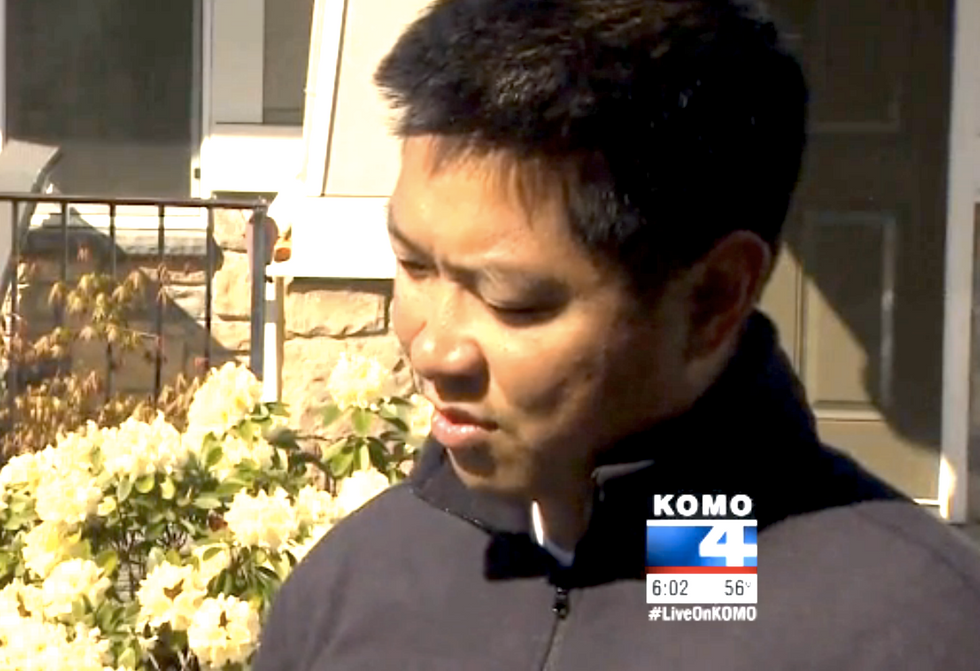 A Washington man contacted authorities this week after he realized that the baby his sister has asked him to look after was actually an abducted child.

According to ABC News, John Truong's sister Alyssa Chang brought the 2-year-old boy to Truong's house on Tuesday night and asked if he would watch the child. The child belonged to her boyfriend, Chang said.

Truong said sure, but on Wednesday morning, while the toddler slept, Truong learned that the boy had been abducted and was the subject of an Amber Alert.

"I'm eating my breakfast, I'm checking my Facebook, all of a sudden I see this Amber Alert for this child and it looks like this child in my bed, and I'm like, 'Oh, my God! What's going on?'" Truong said to Seattle's KOMO-TV.

"It was my sister who had asked me as a favor to watch her boyfriend's son. And that's how he came and was dropped off," he explained.

In fact, the child and his mother had been kidnapped by Chang and the boy's paternal grandmother, identified by police as Vien Nguyen. Chang apparently has a romantic relationship with the baby's father.

The two women reportedly attacked the mother and child in their home in Des Moines, Washington on Tuesday afternoon, subduing the woman with a stun gun and tying her up.

Des Moines police Sgt. Mike Graddon told ABC News that the pair drove the bound woman and the child 20 miles to the town of Fife, Washington. They left the woman tied up in the garage and took the baby into the house.

The baby's mother -- who police declined to name -- managed to wriggle free of her restraints, but could not get into the main house, so she ran to a neighbor's house for help.

The motivation behind the abduction is still unclear.

"There’s a lot of family dynamics involved," Sgt. Graddon said. "As far as why, we can only speculate."

After Truong called police to report finding the baby, Chang was taken into custody and Nguyen later surrendered to authorities.