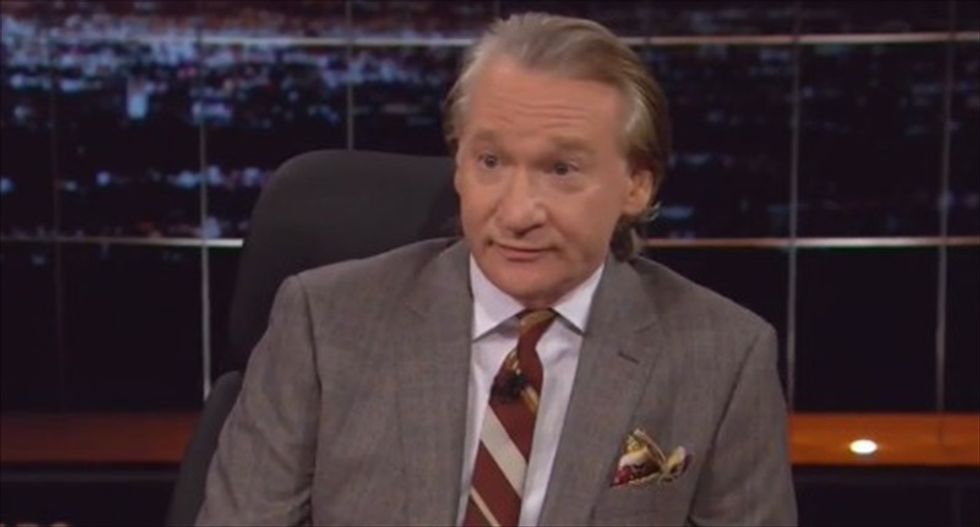 "I just want to push back on this one idea, which is that the Clintons are constantly involved in a scandal of one sort or the other," Maher told his guests, before mockingly reciting NRA executive vice-president Wayne LaPierre's list of Clinton-related "gates" from a speech earlier this month, and responding that independent prosecutor Ken Starr's inquiry into those issues came up largely empty.

"In his report, Ken Starr [said], 'I got nothin' but the bl*wjob,'" Maher said. "So you know what? It's kind of a bullsh*t meme that the media keeps perpetuating because they like a scandal, no matter who it is."

Daily Beast contributor Ana Marie Cox replied that the Clintons behave as though accusations against him have merit, even when they don't.

"They got wrapped up around their own axle on these things," Cox told Maher. "I agree with you -- many of them aren't actually scandals. There is no 'there' there. But somehow, the Clintons seem to behave as though there is."

The allegations regarding the Clinton Foundation stem from both an upcoming book by Peter Schweizer and a report in the New York Times. But according to Media Matters, the accuracy of both stories has come into question.

However, Cox said, the allegations surrounding the Clintons' foundation "look bad," and suggested that the couple's behavior spurs accusations against them.

"You've heard it's better to apologize than to ask permission," she explained. "They seem to not want to ask permission or apologize. They want to just do what they do and if it looks shady, they raise their hands and can't believe that you're accusing them of anything."