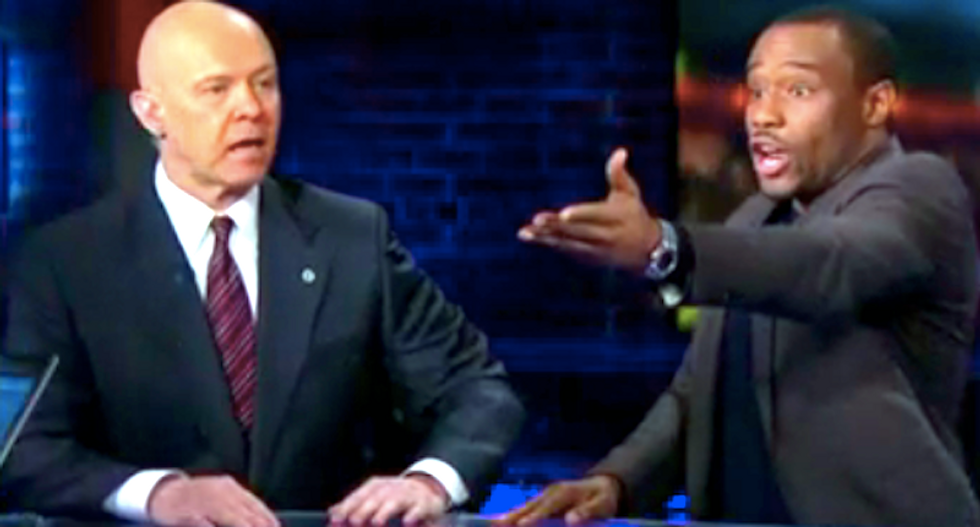 An exchange Tuesday night on CNN highlighted the stark divide between law enforcement defenders and those who are concerned about police brutality.

Houck flatly denied race had anything to do with Gray’s death, saying police were simply patrolling an area where crime was likely to occur, reported Mediaite.

“It is a black neighborhood, high-crime neighborhood – what, are they going to go around looking for white guys to stop when there’s none there?” Houck said.

He turned defense attorney for a moment, attempting to introduce reasonable doubt by claiming that Gray could have accidentally hit his neck on a nearby wall.

Hill said it would be impossible to know whether officers beat Gray because he was black, but he rejected Houck’s argument that police violence should be more likely in high-crime areas.

“That presumes that somebody has to get beaten in a high-crime neighborhood,” Hill said. “Even if everybody is black, you can still just not abuse people.”

“The argument that I’m making here is that black people die at the hands of law enforcement at a disproportionately high rate,” Hill said. “This isn’t about white officers against black people – it’s about a police force that tends to over-criminalize and overly use brutality against black bodies.”

Houck said he could think of only one case where a police officer murdered a black suspect -- the recent shooting of Walter Scott by a South Carolina police officer later charged in his death after video emerged.

“That’s the only one I’ve seen,” Houck said, saying that Hill was basing his claims on his own assumptions.

“I’m looking at the trail of dead black people at the hands of law enforcement,” Hill said.

Houck still wasn’t convinced, and he dismissed examples cited by Hill – such as the fatal shooting of Michael Brown – because the officers weren’t charged.

“The fact is, we are dying,” Hill argued. “We are dying of things that are preventable.”

“What was the catalyst for all of these?” Houck said, as Hill blamed police use of excessive force.