Calif. man held on $1 million bail after security camera catches him punching toddler in the face 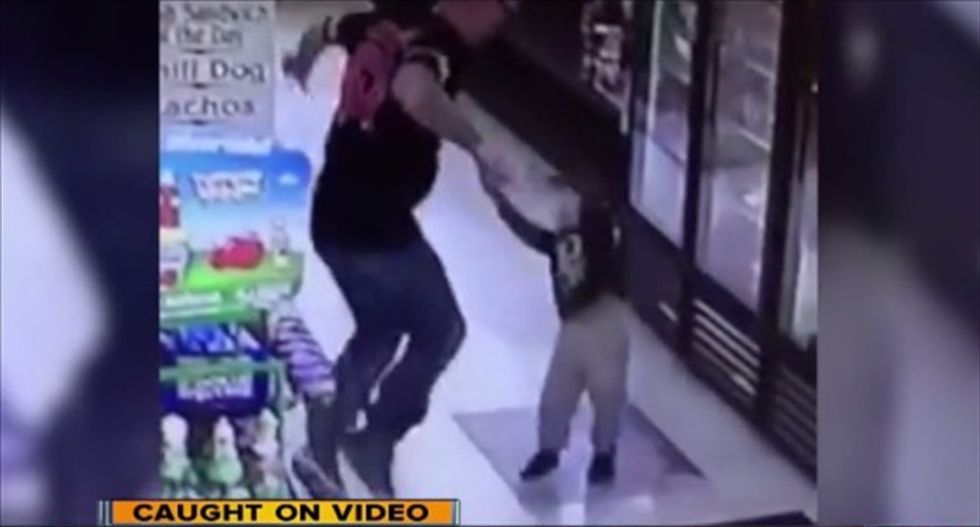 A 23-year-old California man was arrested and held on $1 million bail after a video of him punching a young boy to the ground gained attention online, the New York Daily News reported.

Authorities charged Justin Whittington with child endangerment after arresting him early Friday morning. Investigators said the boy was later examined by medical personnel and did not require hospitalization. It has not been confirmed whether the suspect is related to the boy.

The footage, taken on Thursday afternoon, shows Whittington running after the boy inside a Bakersfield convenience store before catching up to him and punching him in the face. Whittington is then seen yanking him up by one arm before handing him off to a woman. The woman then walks out of the store with the boy in tow.

KERO-TV reported that a viewer, Chris Danaher, contacted the station after store employees posted the video online. The video quickly spread as police began the search for Whittington leading to his arrest.

"His wife or girlfriend or whatever is clearly pregnant," Danaher said of the woman seen in the video. "And she had no regard for it. She picked up her son and left the store."

According to the Daily News, there is also security footage showing Wittington grabbing the boy by one leg and "apparently yelling in his face" while holding him in the air by one leg.

"That was horrible, man, the worst thing I've ever seen," said the store's owner, Harry Dindral, adding that Whittington had shopped there in the past, but did not buy anything following the incidents that were caught on camera.

Watch KERO's report, as aired on Thursday, below.