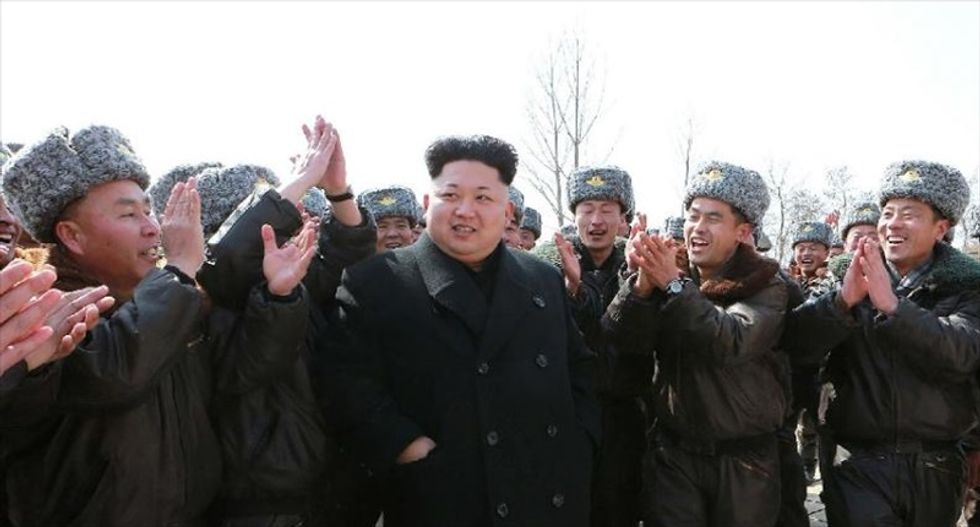 Chinese nuclear experts believe North Korea may already have a nuclear arsenal of 20 warheads and the uranium enrichment capacity to double that figure by next year, the Wall Street Journal reported Thursday.

The estimate, which the Journal said was relayed to US nuclear specialists in a closed-door meeting in February, is significantly higher than any previously known Chinese assessment.

It also exceeds recent estimates by US experts which put the North's current arsenal at between 10 and 16 nuclear weapons.

A leading expert on North Korea's nuclear programme, Siegfried Hecker, who attended the February meeting, said a sizeable North Korean stockpile would only compound the challenge the international community faces in persuading Pyongyang to denuclearise.

"The more they believe they have a fully functional nuclear arsenal and deterrent, the more difficult it's going to be to walk them back from that," Hecker told the Journal.

The Chinese estimate reflects growing concern in Beijing about the nuclear ambitions of its errant ally, and is the latest in a series of expert assessments that suggest Pyongyang is moving faster down the nuclear path than previously thought.

A recent report by US researchers warned that North Korea appeared poised to expand its nuclear program over the next five years and, in a worst case scenario, could possess 100 atomic arms by 2020.

North Korea carried out nuclear tests in 2006, 2009 and 2013, and has an extremely active ballistic missile development programme, although expert opinion is split on how much progress it has made.

In 2012, Pyongyang demonstrated its rocket capabilities by sending a satellite into orbit, but it has yet to conduct a test that would show it had mastered the re-entry technology required for an inter-continental ballistic missile (ICBM).

The other key question is how close the North is to being able to miniaturise a nuclear device that could be fitted on the tip of a missile.

In a white paper published in January, the South Korean defence ministry said the North had already taken its miniaturisation technology to a "significant" level.