Chris Matthews: Republicans must think their base voters are 'wearing sheets' 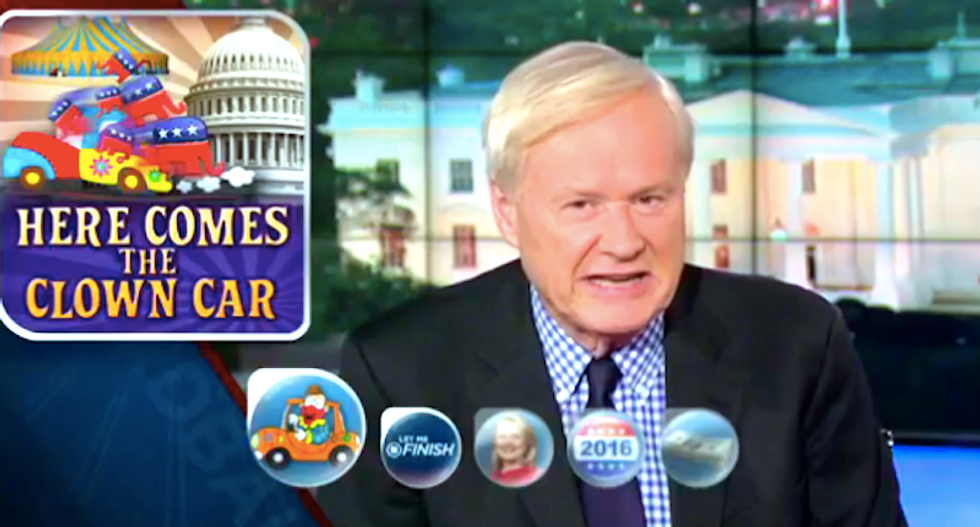 Chris Matthews said Republicans must think their base voters are white supremacists.

“Some of these guys talk like they think the base is wearing sheets, though,” Matthews said. “I think they may have underestimated who the Republican voter is.”

Huckabee urged Christians to stay out of the military until a more godly president is elected, while LaPierre said “eight years of one demographically symbolic president is enough.”

Matea Gold, national political reporter for the Washington Post, told Matthews that Republicans are trying to fire up evangelical voters ahead of the 2016 election.

“Why do they have a problem with a black president?” Matthews asked.

Gold demurred, saying only that the comments were intended to be “incendiary.”

David Corn, Washington bureau chief for Mother Jones, said the past eight years had shown a “profound reaction” by Republicans to Obama – who they frequently depict as “the other” in a variety of sometimes conflicting conspiracy theories.

The panel agreed that Republicans had gotten so extreme in their criticism of Obama that their hardcore supporters don’t pay attention to anything less than a direct question of the president’s patriotism.