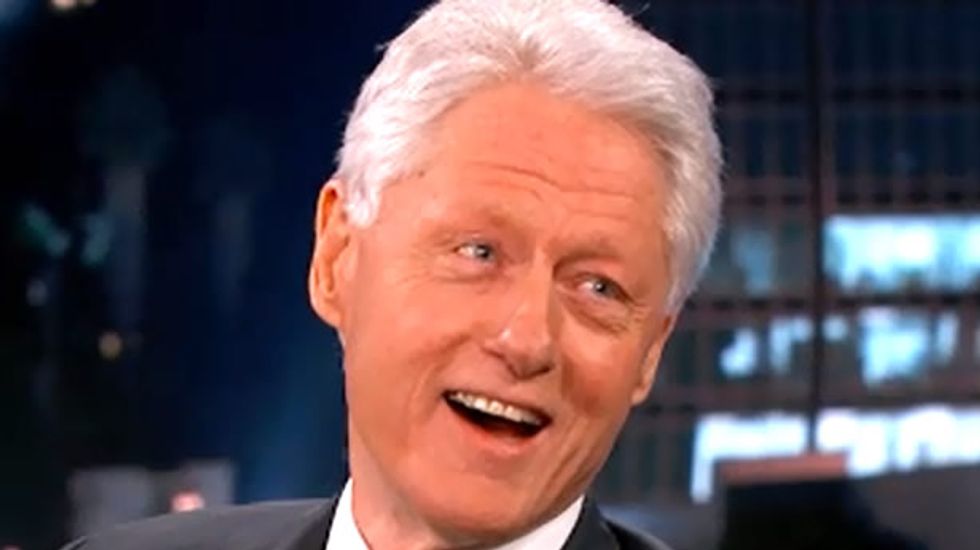 The Clinton Foundation will continue to accept funding from foreign governments in the wake of Hillary Clinton's decision to run for the U.S. presidency, but only from six countries that already support it, the charity said on Wednesday.

Clinton, the current favorite to become the Democratic nominee, has said the foundation's charity work is a source of pride, but it has also drawn growing criticism from political opponents and parts of the U.S. media.

Foreigners are not allowed to give money directly to presidential election campaigns, and Clinton's critics say foreign governments and entrepreneurs may instead be donating to her family's charities to curry her favor.

The foundation's board of directors also voted to publish the names of new donors more frequently - four times a year, instead of annually - according to the foundation's statement. Clinton stepped down from the board on Sunday. Her husband, former President Bill Clinton, and their daughter, Chelsea Clinton, remain members.

"While it's common for global charities to receive international support, it's rare to find an organization as transparent as the Clinton Foundation," Craig Minassian, a foundation spokesman, said in a statement.

In order to become secretary of state in 2009, Clinton and her husband signed a similar transparency agreement with Barack Obama's incoming presidential administration in order to defuse questions about conflicts of interest.

But officials at the Clinton's charities told Reuters last month that key parts of the agreement were broken a year into her four-year tenure. No complete list of donors to Clinton charities has been published since 2010, and new donations from foreign governments were never submitted to the State Department for an ethics review.

The charities said this was the result of oversights. A Clinton spokesman has declined since last month to answer inquiries about when Clinton learned of the breach and how she responded.

Minassian and a spokesman for Clinton declined to say whether they were handling the transparency measures announced on Wednesday any differently to previous ones in order to prevent another breach.

The foundation said it will still accept funding from Australia, Canada, Germany, the Netherlands, Norway and the United Kingdom, which fund the foundation's work around the world on climate change and economic development.

The board of the Clinton Health Access Initiative, a larger charity associated with the foundation, is still finalizing new transparency measures.

After an event in Morocco in May, the Clinton Global Initiative, a part of the foundation, will stop accepting funds from foreign governments except for what the foundation's statement referred to as "meeting attendance fees."