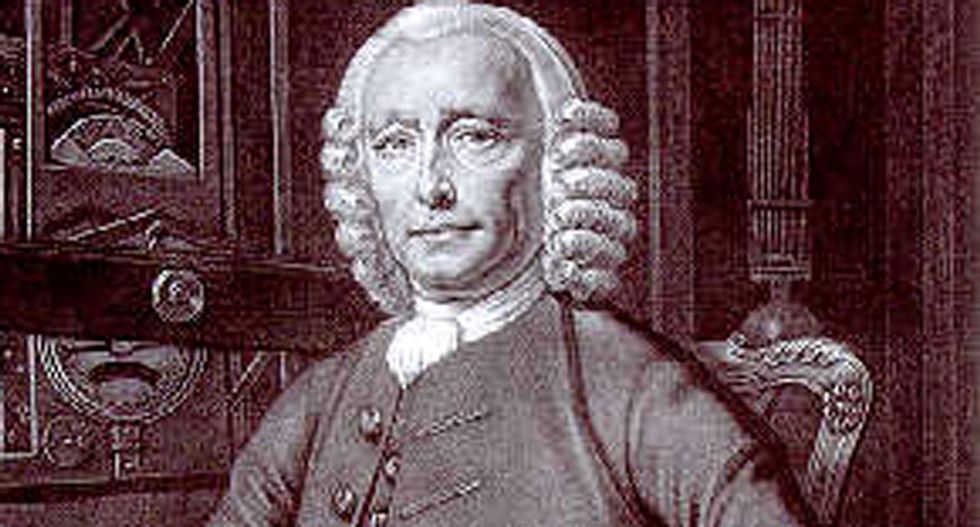 One of Guinness World Records’ more unusual awards was presented at the National Maritime Museum yesterday. After a 100-day trial, the timepiece known as Clock B – which had been sealed in a clear plastic box to prevent tampering – was officially declared, by Guinness, to be the world’s “most accurate mechanical clock with a pendulum swinging in free air”.

It was an intriguing enough award. But what is really astonishing is that the clock was designed more than 250 years ago by a man who was derided at the time for “an incoherence and absurdity that was little short of the symptoms of insanity”, and whose plans for the clock lay ignored for two centuries.

The derision was poured on John Harrison, the British clockmaker whose marine chronometers had revolutionised seafaring in the 18th century (and who was the subject of Longitude by Dava Sobel). His subsequent claim – that he would go on to make a pendulum timepiece that was accurate to within a second over a 100-day period – triggered widespread ridicule. The task was simply impossible, it was declared.

But now the last laugh lies with Harrison. At a conference, Harrison Decoded: Towards a Perfect Pendulum Clock, held at Greenwich yesterday, observatory scientists revealed that a clock that had been built to the clockmaker’s exact specifications had run for 100 days during official tests and had lost only five-eighths of a second in that period.

“It is a quite extraordinary achievement and a complete vindication of Harrison, who suffered ridicule over his claim to be able to achieve such accuracy,” said Rory McEvoy, curator of horology at the Royal Museums Greenwich. “This is a wonderful device.”

Harrison was a self-educated carpenter and clockmaker who achieved considerable fame in the mid-18th century for the marine chronometers that he designed to solve the problem that sailors then faced in determining their longitude while at sea. Pinpointing where they lay on the notional lines that run vertically on a map proved extremely difficult for navigators. However, Harrison – in response to a government challenge – developed watches that contained a pair of counter-oscillating weighted beams connected by springs that turned out to be remarkably precise and allowed navigators to determine their position accurately. This was done by measuring local time and then comparing it with the time at Greenwich (which was provided by the chronometer).

Harrison was eventually awarded a considerable sum of money for his efforts and he died a rich man. Not long before his death, however, he produced a book in which he lambasted some of his rivals and proclaimed that he could build a timepiece for use on land that was more accurate than any built by his rivals. This machine – which would have a large pendulum arc, relatively light bob, and a recoil grasshopper escapement – would be able to keep time to within a second over 100 days (though it would need to be wound regularly).

Unfortunately for Harrison, the book was savagely criticised, with The London Review of English and Foreign Literature describing it as “one of the most unaccountable productions we have ever met with”. Harrison’s claim that he could build such a clock were also ridiculed.

As a result, his ideas for his super-accurate pendulum clock were forgotten until the 1970s, when interest in the clockmaker and his remarkable timepieces was re-awakened. The artist and clockmaker, Martin Burgess, – working on attempts to decipher Harrison’s plans – produced two versions of his great clock. It is the second of these, Clock B, that has been the focus of attempts to bring it to its maximum accuracy in the past year. “Essentially we have been fine-tuning the clock so that we can bring it to its full potential and accuracy,” said McEvoy.

Last year, the first trial of the clock –overseen by the Worshipful Company of Clockmakers and the National Physical Laboratory – was carried out at the Observatory. This showed it was capable of performing to the standard that Harrison claimed. “This year’s final test began on 6 January, when the clock was sealed in a clear plastic container that had been made tamper-proof by the application of wax seals across wires that lock the case’s fixing bolts shut and is the official trial of its accuracy,” added McEvoy.

Given that mechanical clocks of this accuracy were not developed until the 20th century, Harrison’s remarkabledesign can now be seen for what it was: a masterpiece. “What is particularly exciting about this trial is the fact that it presents history in a physical and not a verbal or theoretical manner,” added McEvoy. “It brings real immediacy to a historical issue: in this case the measurement of time.”