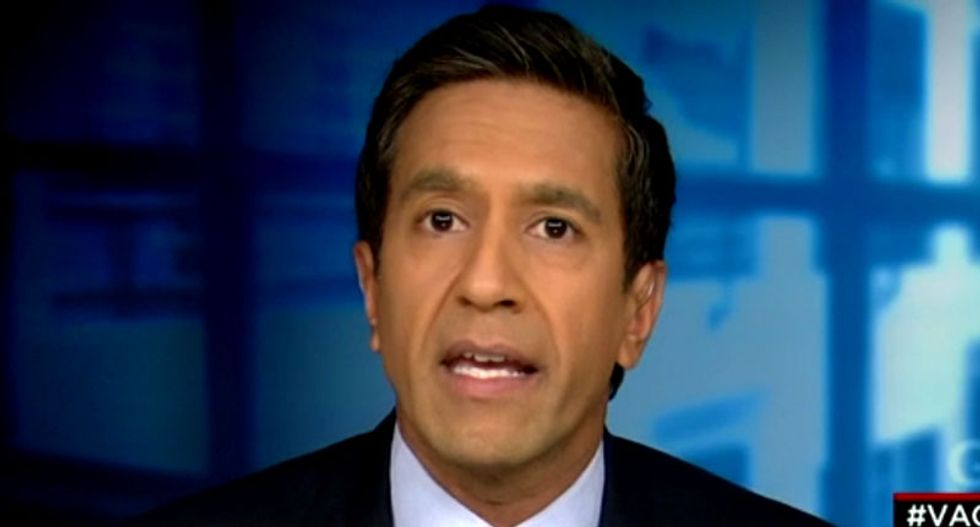 CNN medical correspondent Sanjay Gupta argued in a new column on Friday that the stigma around medical marijuana has dissipated within just two years after he began covering the issue in special reports.

"We are eyewitnesses to a revolution in full swing," Gupta wrote. The op-ed was published in advance of his latest special on medicinal pot use, which airs on Sunday.

Gupta recounted his own evolution on marijuana's medical benefits in 2013, and pointed to an interview with Senators Cory Booker (D-NJ) and Kirsten Gillibrand (D-NY) as evidence of a similar shift in political circles.

"They want their fellow lawmakers at the state and national level to acknowledge what most of the world, including the citizens of the United States, have known for a long time: Marijuana is a medicine, that should be studied and treated like any other medicine," Gupta stated. "And they want all of it now."

He also pointed out that popular support for the drug has been increasing, with 77 percent of respondents in a 2013 Pew Resource Center survey saying they would support legalizing it for medical purposes, and 52 percent supporting full legalization.

"I see a revolution that is burning white hot among young people, but also shows up among the parents and grandparents in my kids' school," Gupta said. "A police officer I met in Michigan is part of the revolution, as are the editors of the medical journal, Neurosurgery. I see it in the faces of good parents, uprooting their lives to get medicine for their children -- and in the children themselves, such as Charlotte, who went from having 300 seizures a week to just one or two a month."

The Washington Post reported on Wednesday that in a more recent Pew survey, 40 percent of legalization supporters said they used to oppose such a move, a shift that seems to corroborate Gupta's view.