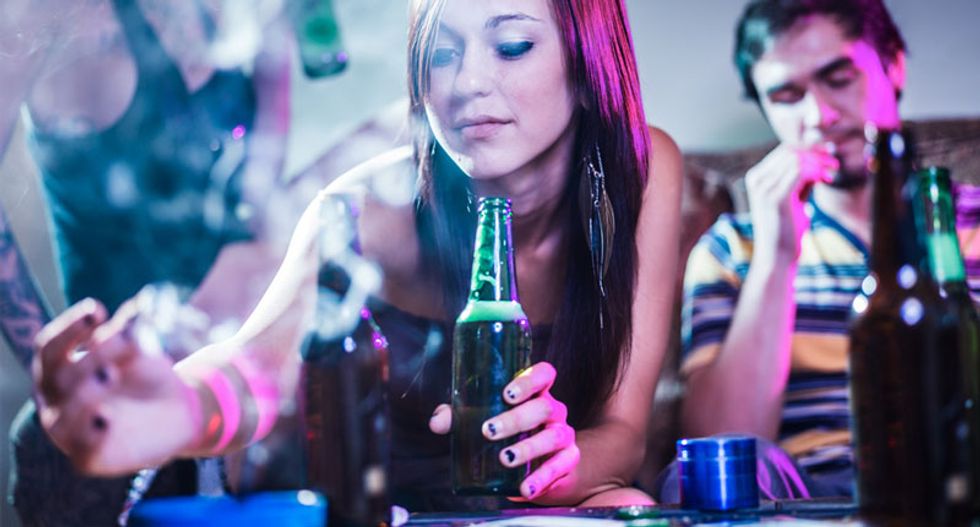 Drinking and smoking at a party (Shutterstock)

Armed with once-confidential documents, a U.S. congressional committee will investigate whether agents of the federal Drug Enforcement Administration divulged secrets at sex parties that drug lords in Colombia may have staged to elicit sensitive information.

A spokeswoman for the Republican majority at the House Committee on Oversight and Government Reform said the leaks inquiry would also examine the bureaucratic culture and leadership at the DEA and other Justice Department investigative agencies.

On Tuesday, the DEA declined to comment about reports by CBS and CNN that Michele Leonhart, who has run the agency since 2007, was expected to resign soon after testifying to the committee last week.

The events with prostitutes took place between 2001 and 2005, but U.S. officials said the DEA did not investigate them until years later.

Supplemented by two U.S. government reports, Leonhart's testimony raised concern among the committee's members that agents might have leaked secrets about their investigations that found their way to the Colombian drug lords.

"It is incredibly concerning that, according to the DEA itself, there is a clear possibility that information was compromised as a result of these sex parties," Elijah Cummings, the committee's top Democrat, told Reuters.

A spokesman for the DEA said the agency had no comment.

Oversight committee officials disclosed to Reuters excerpts from a once-confidential internal DEA report which quoted an agency informant alleging that U.S. agents who took part in the parties had compromised sensitive information.

One informant, identified by the committee as "Cooperator 2," was quoted in an excerpt from the DEA report alleging that he believed a second informant ("Cooperator 1") had "gained information from the U.S. agents by 'getting their guard down' through the use of prostitutes and paying for parties."

The report says Cooperator 1 "bragged about the parties with prostitutes and how he 'sold' the relationship/closeness with the agents" to Cooperator 2.

According to the report, Cooperator 1 also "stated he could easily get the agents to talk."

Allegations of sexual harassment and sexual misconduct at the DEA, the FBI, the U.S. Marshals Service and the Bureau of Alcohol, Tobacco, Firearms and Explosives were examined also in a March report by the Justice Department's Inspector General.

In a case study, the Inspector General said DEA's internal affairs office in 2009 and 2010 received allegations from "former host-country police officers" that several DEA agents, including senior supervisors, had "solicited prostitutes and engaged in other serious misconduct" while stationed in the unnamed country. U.S. officials said the country was Colombia.

The report said that "sex parties" financed by "local drug cartels" took place over "several years" inside offices leased by the DEA. A DEA supervisor told the Inspector General's office that it was "common for prostitutes to be present at business meetings involving cartel members and foreign officers."

The Inspector General's report said "prostitutes in the agents' quarters could easily have had access to sensitive DEA equipment and information." It did not explicitly allege that such materials had been compromised to traffickers.