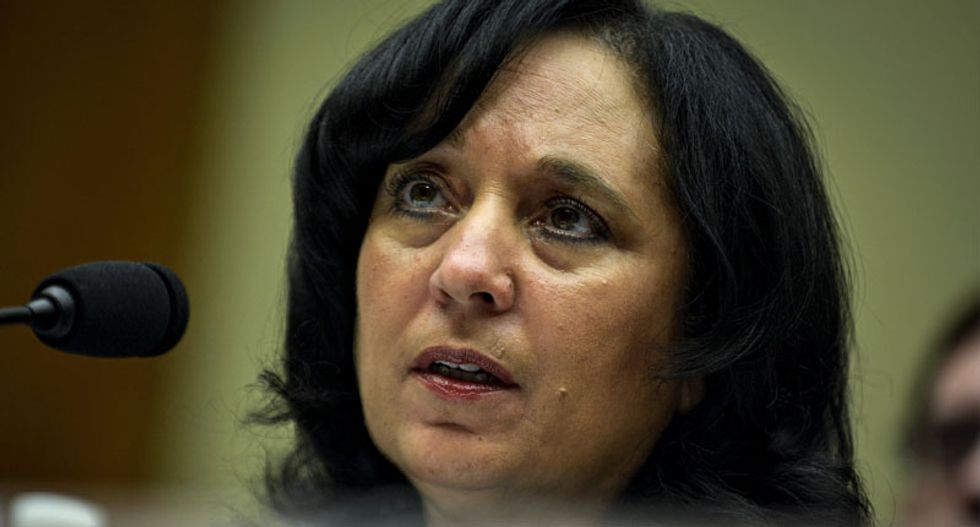 DEA administrator Michele Leonhart testifies before the House Committee on Oversight and Government Reform in a hearing on sexual harassment and misconduct allegations at the DEA and FBI in Washington April 14, 2015. REUTERS/James Lawler Duggan

Members of a key U.S. congressional panel said on Wednesday they have no confidence in Drug Enforcement Administration chief Michele Leonhart, a day after grilling her about DEA agents accused of engaging in sex parties with prostitutes in Colombia.

The bipartisan group of 22 members of the House of Representatives Oversight and Government Reform Committee, including Republican Chairman Jason Chaffetz of Utah and top Democrat Elijah Cummings of Maryland, issued a statement criticizing Leonhart.

They said Leonhart "has lost the confidence of this committee to initiate the necessary reforms to restore the reputation of a vital agency."

Leonhart was questioned by committee members on Tuesday after the disclosure of a DEA report finding that agents were taking part in the sex parties funded by drug cartels as early as 2001, years earlier than previously known.

The hearing followed a separate March 26 report by the Justice Department's Office of the Inspector General that described similar allegations between 2005 and 2008. Seven agents who admitted attending the parties were suspended for between two and 10 days. No one was fired.

"After over a decade of serving in top leadership positions at DEA, Administrator Leonhart has been woefully unable to change or positively influence the pervasive 'good old boy' culture that exists throughout the agency," the lawmakers said in their statement.

"From her testimony, it is clear that she lacks the authority and will to make the tough decisions required to hold those accountable who compromise national security and bring disgrace to their position," they added.

The DEA did not immediately respond to a request for comment.

(Reporting by Will Dunham; Editing by Eric Beech)