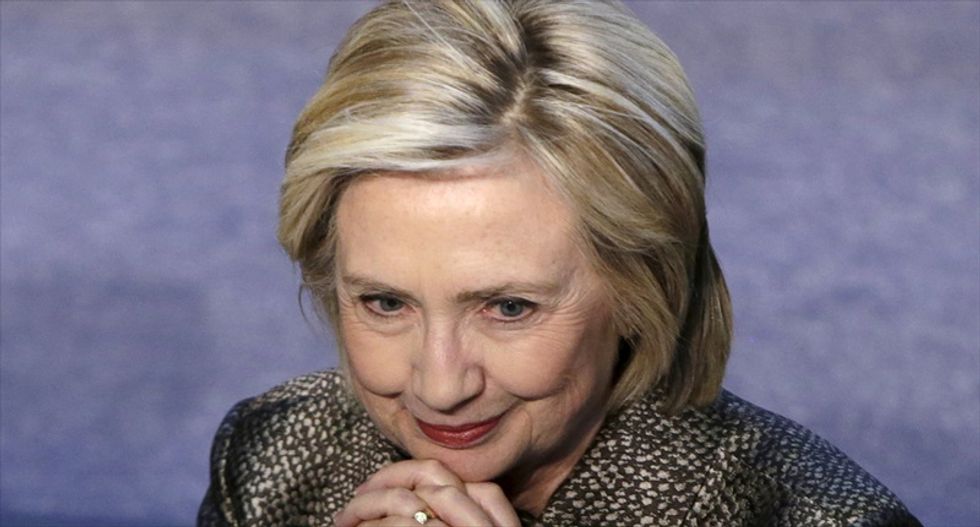 Former Secretary of State, and now a Democratic presidential candidate, Hillary Rodham Clinton, attends a Georgetown University luncheon to deliver remarks and present awards for the Advancement of Women in Peace and Security in Washington on April 22, 2015. Photo by Gary Cameron for Reuters.

Congressional Democrats on Wednesday criticized a Republican-led probe of the 2012 attacks on U.S. facilities in Benghazi, Libya, as a political assault on Hillary Clinton, citing a possible delay in its final report until 2016, while a related State Department letter seen by Reuters stoked further controversy.

The letter described the investigating committee's "top priority" as collecting Clinton's emails about Benghazi, a disclosure likely to fuel Democratic complaints that the focus reflects a desire to undermine her campaign for president.

Front runner for the 2016 Democratic presidential nomination, Clinton was secretary of state in 2012 when attacks on a diplomatic facility and nearby CIA base in Libya killed U.S. Ambassador Christopher Stevens and three other Americans.

Republican Representative Trey Gowdy, who chairs the House Benghazi committee, said Wednesday release of the panel's final report could slip to 2016, which would be in the midst of Clinton's campaign for the White House. But he rejected Democratic charges that he was trying to undermine Clinton's bid for the Democratic presidential nomination.

He said he was not trying to drag out the probe. "I don't want it to be 2016," he told Reuters, adding he could not say when the report would be done.

Democrats said the news that the select Benghazi panel's report could slip to 2016 confirmed their suspicions.

"With the Republicans’ obsessive focus on Hillary Clinton, and their now stated intention to drag out this political charade until just months before the 2016 election, the Select Committee no longer bears any resemblance to its original purpose," said Elijah Cummings, the Benghazi panel's senior Democrat.

Summarizing past communications between the department and the committee, the letter recounted Dec. 19 discussions about how to "prioritize" the committee's multiple requests for documents. The letter said, "The committee said that its top priority was to receive former Secretary Clinton's emails."

Gowdy said he personally had not made Clinton's emails a top priority. He said he could not rule out that someone on his staff had done so in conversations with the State Department. He said he resisted requests from State to narrow his search parameters.

"I never say what the priority is; it's all a priority," Gowdy told Reuters on Wednesday outside the U.S. Capitol.

Republicans have accused Clinton's State Department of failing to protect diplomatic personnel. The House select committee on Benghazi has been examining the attack since last year. Several other congressional probes preceded it.

The previous investigations found that the compound where Stevens died was poorly protected, but that the CIA and U.S. military responded properly to the attack.