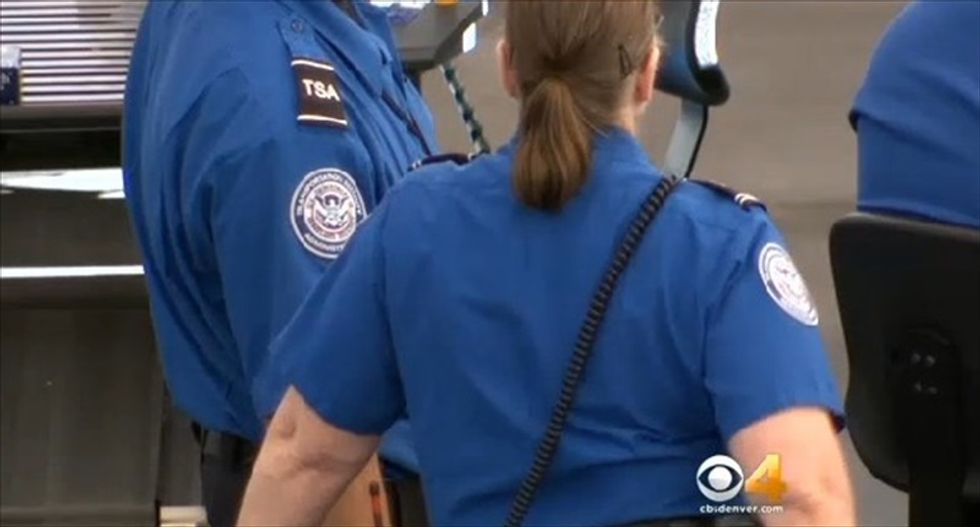 The sackings follow a number of controversies over the screening of passengers at U.S. airports since 2010, when the agency adopted heightened security measures including full body imaging and pat downs.

In November, a TSA employee tipped off the agency that a male screener at the airport told her he groped male passengers he found attractive, according to a Denver police report.

In response, a TSA investigator went to the airport in February and saw the screener signal to a female colleague when a certain male passenger entered the screening area, the police report said.

The woman colleague used a touchscreen system to categorize the passenger falsely as a female, which caused a scanning machine erroneously to detect an anomaly and trigger a pat-down of the passenger, the police report said.

The investigator watched as the male screener then used that opportunity to pat down the passenger's groin and buttocks, according to the police report.

The woman screener was later interviewed by the investigator and told him she had participated in the pat-down scheme at least 10 other times.

"These alleged acts are egregious and intolerable. TSA has removed the two officers from the agency," the TSA said in a statement.

The names of the two fired TSA screeners were withheld from the Denver police report released to the media.

The TSA submitted its findings to Denver police, who turned the case over to the district attorney's office for a possible charge of unlawful sexual contact.

None of the passengers believed to have been touched by the screener could be identified, so prosecutors declined to file that charge, said office spokeswoman Lynn Kimbrough.

Prosecutors are considering filing a different charge, she said without elaborating.

Watch a report on the investigation, as aired on KCNC-TV, below.