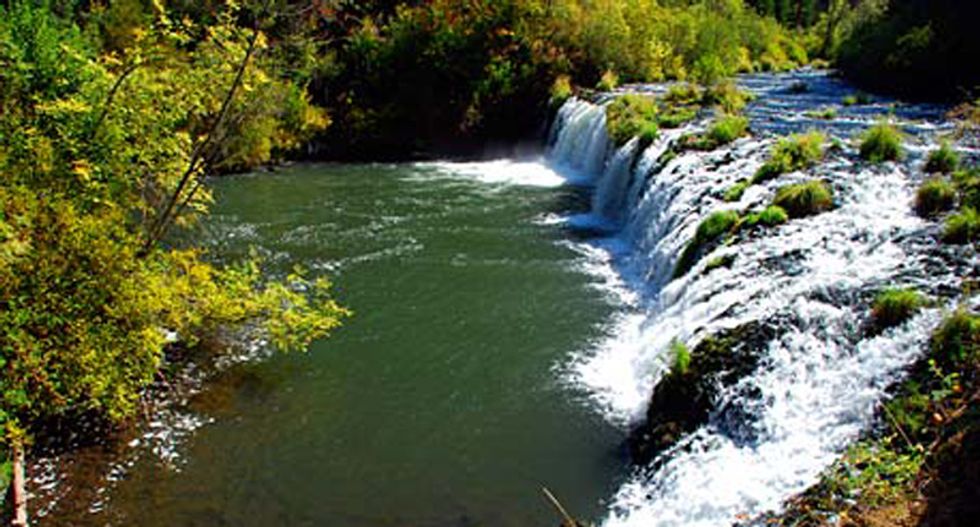 An 80-pound dog was recovering on Thursday after falling down a steep cliff while hiking with his owner in Oregon, requiring a rescue by a team of volunteers who specialize in plucking pets out of harrowing situations, the Oregon Humane Society said.

Ranger, an 80-pound Great Dane and mastiff mix, suffered a broken leg, scrapes and other injuries in his 230-foot fall from a cliff along the Butte Creek Falls trailhead northeast of Salem, officials said.

Ranger got separated from his owner late Tuesday while hiking, the Oregon Humane Society said. On Wednesday, his owner returned to the trail to search for his missing dog and spotted the injured animal in the deep ravine.

His owner called the sheriff's office, who routed the call to the specialized Oregon Humane Society Technical Animal Rescue Team, or OHSTAR.

The volunteer rescue team is trained to save pets in crisis situations, said Barbara Baugnon, a spokeswoman for the Oregon Humane Society.

"It's an amazing group of volunteers who are trained to rappel down cliffs, rescue in rapids," she said. "It's pretty much endurance when you're carrying a mastiff down a four-mile trail," she added.

A team of seven volunteers used a basket to hoist Ranger to safety and he was carried out of the area on a gurney.

This was at least the seventh time in the past year the team has had to repel down a steep cliff to rescue a pet, Baugnon said.

(Reporting by Victoria Cavaliere in Seattle; Editing by Eric Beech)