Dr. Oz to use show to attack critics who want him booted from faculty position for 'quack medicine' 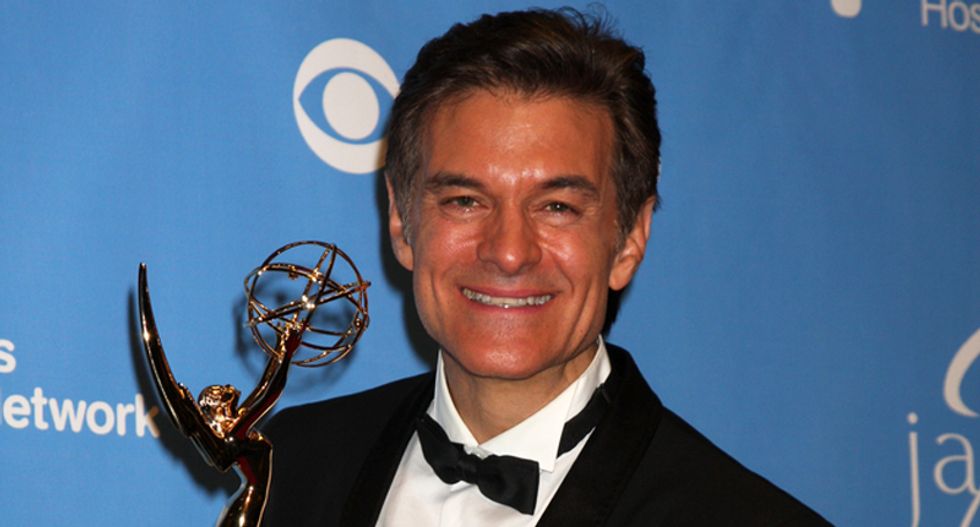 Television celebrity Dr. Mehmet Oz will reportedly use his nationally syndicated show to attack medical professionals who have asked Columbia University to fire him for promoting "quack treatments" and showing "disdain for science" on his show.

According to Brian Stelter, host of CNN's Reliable Sources, the popular but controversial cardiothoracic surgeon plans to devote majority of an episode of his Dr. Oz Show this week to return fire at his critics.

Last week a group of scientists and doctors from Stanford University, the University of North Carolina-Chapel Hill, University of California-San Diego, and the American Council on Science and Health sent a letter to Columbia medical school dean Lee Goldman requesting he remove Oz from the faculty of the university’s College of Physicians and Surgeons.

“Dr. Oz has repeatedly shown disdain for science and for evidence-based medicine, as well as baseless and relentless opposition to the genetic engineering of food crops,” the letter read. “Worst of all, he has manifested an egregious lack of integrity by promoting quack treatments and cures in the interest of personal financial gain.”

Dr. Oz is no stranger to attacks on his integrity believed to compromised by his pursuit of ratings by promoting "miracle" cures and pills to his daytime audience.

Despite repeatedly using "miracle" on his show when introducing new treatments and cures, he admitted before Congress that miracle pills do not exist.

According to a spokesman for The Dr. Oz Show, the doctor will specifically discuss the doctors who signed the letter calling for his ouster, reportedly shedding light on their ties to the GMO industry.

On Friday, Oz issued a statement suggesting the doctors have "certain agendas which distort the facts."

According to a spokesman for the show, "We plan to show America who these authors are, because discussion of health topics should be free of intimidation."

The show is expected to be broadcast on Thursday, with taping concluding either Tuesday or Wednesday.

Watch video from Reliable Sources below: