Egypt recovers looted ancient artifacts that were smuggled to US 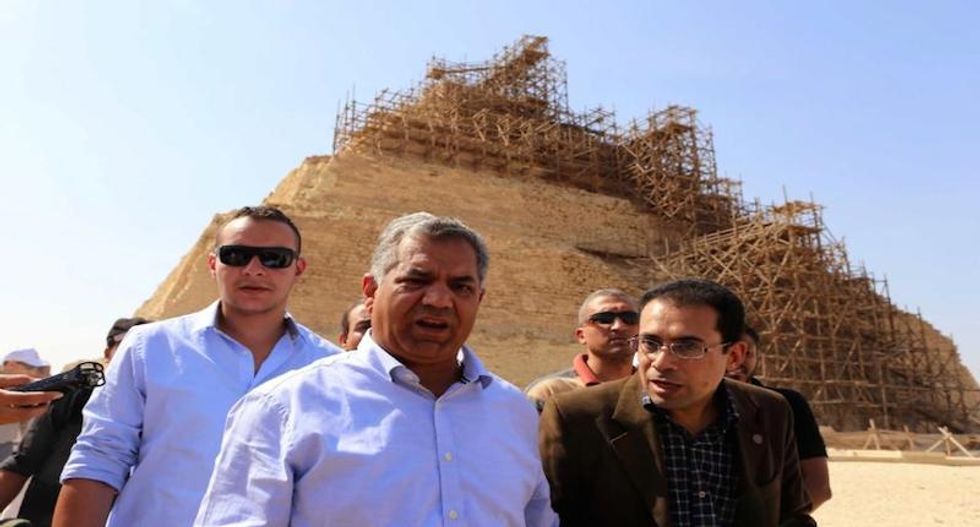 Egypt's Minister of Antiquities, Mamdouh al-Damati (C), speaks to reporters near the Djoser step pyramid at the Saqqara necropolis some 20 kilometres south of Cairo on September 16, 2014 (AFP Photo/Mohamed el-Shahed)

Egypt said on Sunday it has recovered 123 ancient artefacts that had been smuggled outside the country and were later confiscated in New York.

Thousands of artefacts, most obtained from illicit digs, later surfaced on the international market, at auction and on websites.

The 123 artefacts to be returned were "illegally taken outside Egypt, and have been confiscated by the US customs authority in New York," Antiquities Minister Mamdouh al-Damati said in a statement.

"Egypt proved its ownership of the artefacts and the United States has decided to return them."

The items were on a ministry list of smuggled items, and include a group of coloured coffins dating back to the 26th dynasty, a stele from the new kingdom and several Greco-Roman coins.

Officials say the artefacts will be repatriated in the next few days.

Egypt has signed several agreements that enable it to reclaim such ancient pieces after proving their ownership and that they had been smuggled abroad.