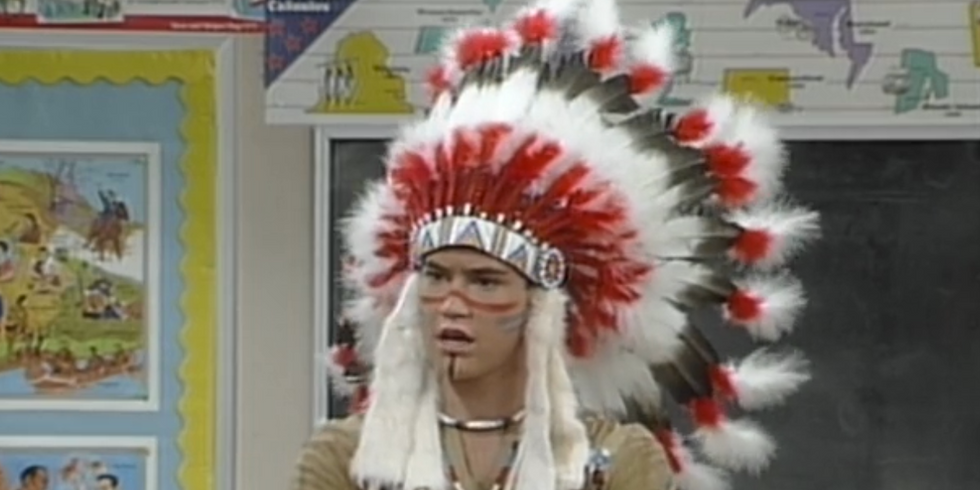 An embarrassing email exchange published by Wikileaks reveals that the actor Ben Affleck did not watch Saved by the Bell, and certainly had never seen the transformative episode Running Zack.

Apparently, actor and liberal Ben Affleck asked for his slave-owning heritage to be cut from an episode of the soon to be released PBS show “Finding Your Roots." Last week Wikileaks published several film scripts and emails amassed during a 2014 hack of Sony. Among the incriminating documents was an email exchange between Sony chief executive Michael Lynton and Harvard professor Henry Louis Gates, the host of Finding Your Roots. Gates writes that, “for the first time, one of our guests has asked us to edit out something about one of his ancestors — the fact that he owned slaves.... We’ve never had anyone ever try to censor or edit what we found. He’s a megastar. What do we do?” Although Gates emailed that  he was uncomfortable doing anything to  “compromise our integrity,” and warned "once we open the door to censorship, we lose control of the brand," the slave-owning relative did not appear in the Affleck episode. In all fairness, Affleck has some interesting family members to choose from, including a distant grandfather who was an occult enthusiast.

What no one is talking about, however, is how this entire scandal could have been avoided if Affleck had been more familiar with the sitcom masterpiece that is Saved by the Bell. The especially brilliant episode Running Zack, explores how white people can handle not only their Native American heritage, as Zack Morris does, but their slave-owning past, as Jessie Spano does, played by by Elizabeth Berkeley with the nuance and commitment for which she is famous. When the Bayside students must tell their classmates about their heritage Lisa Turtle proudly explains that her grandfather Abraham escaped from slavery and became a conductor in the underground railroad, Jessie, the liberal activist committed to feminism and civil rights, the female equivalent of Ben Affleck, if you will, refuses to talk about her family history. When she finally relents, Jessie rushes through her presentation, describing her ancestors as, "seafaring people, they sailed around the world on ships, they were shippers, OK? I'm finished." Only she's not finished. After pressed by her teacher to tell the class a little more, Jessie says, "they shipped, tea, spices, people, lumber, that type of thing... By ancestors shipped black people, slaves, ok? They were slave-traders." Jessie then turns to Lisa and says, "will you ever forgive me? I'm so ashamed." When Lisa reassures her "Well, Jessie, you had nothing to do with it," Jessie responds: "Just say it! You hate me! Unleash those centuries of repressed anger."

But later, Jessie continues her quest to right the wrong that is slavery by offering to buy Lisa a soda "to make up for my ancestors."

It could have been a teachable moment for Ben. If only he had seen it.