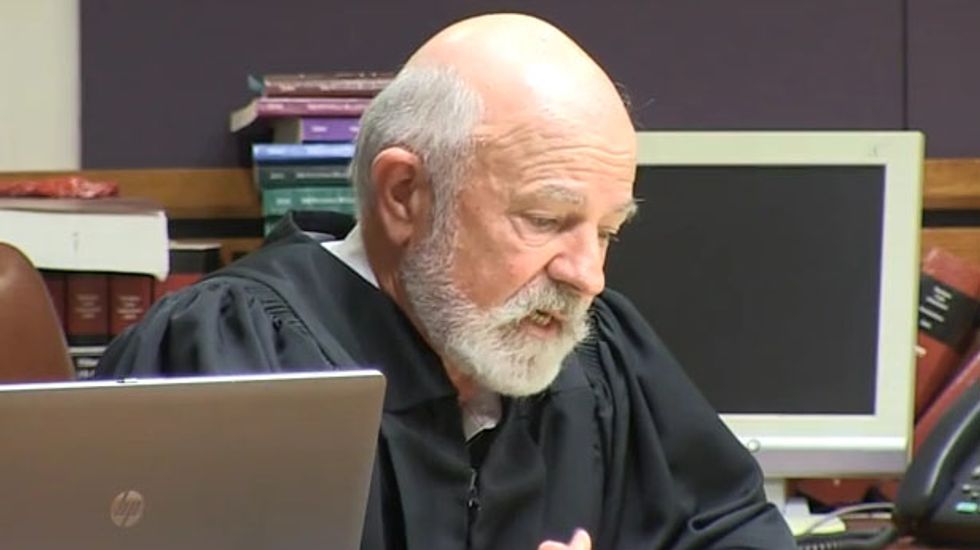 A Montana judge who was censured for suggesting that a 14-year-old girl raped by a teacher was culpable in her own assault is due to receive a lifetime achievement award from a local bar association, an official said on Thursday.

State District Judge G. Todd Baugh was censured by the state's high court in July and suspended for 31 days for undermining public confidence in the judiciary by remarking that the girl, who later killed herself, was "as much in control of the situation."

Baugh was also reprimanded for sentencing the former teacher in the case, Stacey Rambold, to 15 years in prison with all but 31 days suspended for the 2007 rape of Cherice Moralez, who killed herself before the case could be brought to trial.

State justices found that Montana law required a sentence of at least four years for a defendant guilty of sexually assaulting a victim under the age of 16.

News that Baugh, who retired from the bench in December, was due to receive a lifetime achievement award from the Yellowstone Area Bar Association in Billings drew criticism by women’s rights activists, who had led a campaign seeking his ouster.

“The association’s decision to honor Baugh is disrespectful to women and children. The bar association is endorsing behavior by a judge that has forever cast a shadow on the state’s legal system as it relates to women,” said Marian Bradley, regional director in Montana of the National Organization for Women.

Baugh ultimately apologized for his remarks about Moralez and admitted responsibility for giving Rambold an unlawfully lenient jail term. The ex-instructor at Billings High School was re-sentenced in September to 10 years in prison.