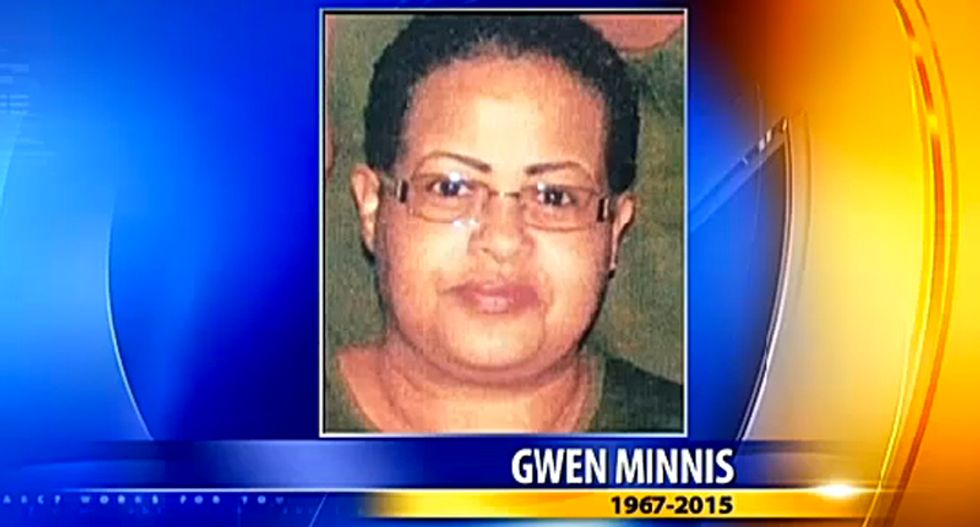 A Florida sheriff's deputy has been fired after an investigation showed that he ignored a 911 call from a woman having a heart attack so that he could finish his pizza lunch, according to WZVN.

Lee County Sheriff Mike Scott fired Yvan Fernandez following an Internal Affairs report that showed that the deputy acknowledged the emergency call from dispatch before returning to his pizza, even though he was not on an official meal break at the time.

According to friends of the victim, Gwendolyn Minnis, 48, she had recently been released from the hospital after having a heart attack.

Police believe she called 911 to report another heart attack on March 13, with dispatch sending out a call for an officer to respond after the line went dead.

The report states that Fernandez was having lunch with three other deputies at Raider’s Pizza and Wings when he first took the call, responding to a second call from dispatch 8 minutes later, telling the dispatcher "copy."

Fernandez then reportedly went back to eating his lunch before passing off the call to another deputy 30 minutes later.

Deputies arrived at the home where Minnis was staying, 53 minutes after the initial call, to find the woman lying in her walkway unconscious with the phone next to her. She later died.

The report also noted that Fernandez was not on an official meal break at the time of the call.  Had he been on a break, another officer would have been assigned to the call by dispatch.

Speaking with reporters, Sheriff Scott placed the blame solely on Fernandez, saying, "Could we have saved this lady? I’ll never be able to answer that question. Would getting there quicker have hurt anything? Of course not."

Watch the video below from WZVN:

On Wednesday, writing for MSNBC, analyst Steve Benen broke down the significance of former Trump White House Chief of Staff Mark Meadows agreeing to cooperate with the House committee on the January 6 Capitol attack.

"When Trump tried to hold onto power despite losing the 2020 election, Meadows played an especially pernicious role in the scheme," wrote Benen. "It was Meadows, for example, who made a surprise visit to Georgia shortly before Christmas, checking in on an election audit after his boss leaned on local officials to help him. Around the same time, Trump's top aide repeatedly pushed federal law enforcement to investigate unfounded conspiracy theories — some of which were quite weird."

Morning Joe compares GOP's Jan 6 obstruction to smash-and-grab robbers: 'What separates you from the punks on the West Coast?'

Some of Donald Trump's allies and administration officials are stonewalling the congressional investigation of the Jan. 6 riot, and the "Morning Joe" co-host wondered why the violent assault on Congress hadn't prompted the same level of outrage in some quarters as the recent string of robberies.