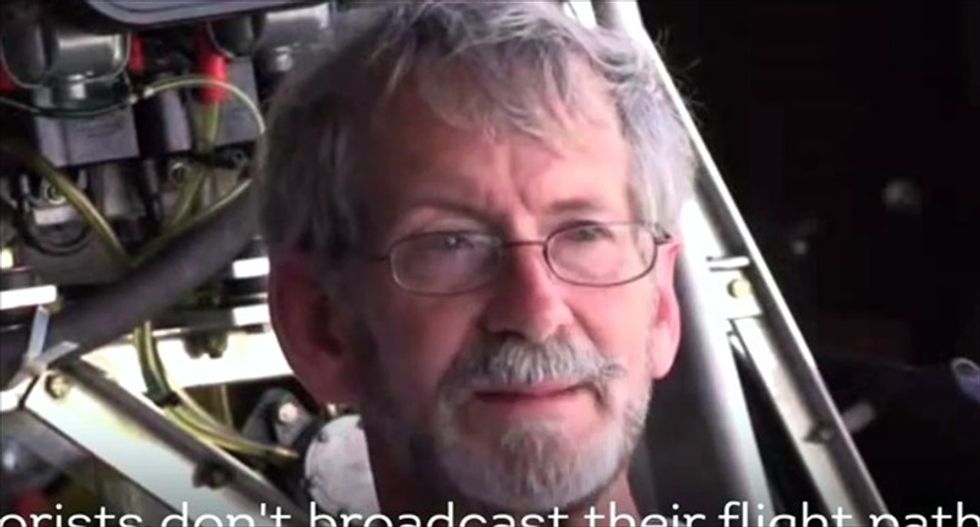 The pilot of a small helicopter arrested last week after flying near the U.S. Capitol said on Monday he had no regrets about his flight aimed at protesting current campaign financing rules and had alerted authorities ahead of time.

Douglas Mark Hughes, a 61-year-old a U.S. Postal Service mail carrier, told ABC News that the episode was worth it if it spurs Americans to change how U.S. election campaigns are funded.

"If they pick this up, it's in their power to fix the problem. Then it's worth it, even if I lose my job, even if I go to jail," he said in an interview on ABC's "Good Morning America," speaking from Ruskin, Florida.

"At the time that I was flying at National Mall, and it was a huge thrill, I wasn't worried about getting shot down," he added.

Hughes was allowed to return to his home about 20 miles south of Tampa on Sunday. Later on Monday, he will receive a GPS monitoring bracelet to enforce his home confinement until a May 8 hearing in Washington, he told ABC.

The incident last Tuesday raised security questions about how an aircraft flew undetected in a prohibited area and how it was able to get so close to key Washington landmarks without prompting a quicker response by authorities.

Hughes faces up to four years in prison on charges of unlawfully operating an unregistered aircraft and violating national defense airspace. He has already been placed on administrative leave from his U.S. government job, according to ABC.